Amazon has decided to dabble into the grocery industry with its purchase of Whole Foods. 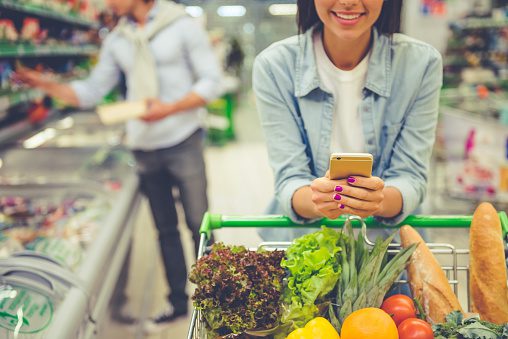 For those in the groceries business, Amazon is about to become your biggest worry. Amazon.com recently purchased Whole Foods in a deal worth $13.7 billion. This has essentially made amazon.com one of the most important players in the grocery market of America. The deal will have major implications for shoppers, retailers, and other players in this sector.

The Grocery Industry is tittering on The Edge.

The takeover of the grocery industry by Amazon is expected to be quite easy. The industry is already surviving on thin profit margins. This move could be the final blow for weak players in the grocery sector. For the other main players such as Walmart and Kroger, it could cut into their market share significantly. For companies that deliver groceries such as Peapod and Fresh Direct and ready to cook recipes and ingredients such as Sun Basket, it could undermine their ability to continue operating. Once Amazon joins the sector, they are only limited by their imagination. With a retail presence of over 400 stores, they can bring a lot of pressure in the industry.

This Deal Might Be Amazon Entering the Retail Market.

For years, Amazon has been expanding its areas of business and introducing efficiency and ease of shopping. They have managed to bring almost every product imaginable to shoppers’ front doors. The value that the company has been able to offer shoppers has slowly led to the demise of many small shops and even big names.

The retail industry has collapsed under the pressure of Amazon’s efficiency. Renowned brands such as J.C. Penny and Sears have had to close hundreds of stores. Even some of the major malls have had to file for bankruptcy protection. With Amazon getting into groceries, grocers could be facing the same fate.

Amazon has caused a flurry of mergers and acquisitions as companies seek to scale up to have a fighting giant against Amazon.com. In some cases, Amazon has been the one doing the acquiring. Most experts in the industry do not think this will be the last of Amazon’s purchases. They realize that although online retailing is growing brick and mortar retailing still has a place in the retailing industry.

One area of competition that is still open is in data crunching. Amazon has really excelled in this area, especially in determining what the Millennial generation want. The food store industry has not really been acquiring customer data or analyzing it. That is where Amazon has an advantage. They are able to capture what customers have bought in the past and make suggestions for new purchases. With Amazon being so efficient on data mining, it is going to become the biggest determiner of who succeeds in the food sector.

However, the reach of Amazon is not expected to just be in the aisles. Food makers need to be aware of some intense competition. Amazon will want to sell customers its own food. It already has many items of its own such as pet food and batteries. Additionally, its latest acquisition, Whole Foods, already has its own products.

Amazon Could Start a Price War.

If Amazon manages to get a foothold in the grocery sector, they will have major sway on pricing. Major retailers such as Target and Walmart will need to grow their competitiveness if they do not want to lose customers.

Walmart has been one of the biggest threats to the supermarket industry for years. The chain began expanding into groceries in a bid to grow foot traffic to the general merchandise and clothing aisles. Soon after, Target followed with a grocery section. Today, entrants such as Lidl and Aldi are revamping the grocery aisles with organic and specialty products such gluten-free products at low prices. The result is that the grocery sector has become hyper competitive.

Amazon Has Never Been Afraid to Make Losses.

In the past Amazon has used a strategy where they make losses for years because of low prices until they finally emerge the leader. This strategy has worked in the past, and there is no reason it will not work with this deal.

Other Players Need to Wake Up.

The major grocers will need to re-examine their strategy carefully. Some of the biggest players such as Kroger have seen their stock dropped after the Amazon deal was announced. However, the new deal by Amazon is not expected to eliminate all other players. Differentiated players such as Publix and Wegmans will not lose much. Players who are not differentiated and weak will likely not last. The result is that it could lead to a flurry of buying activity as these players seek to exit the market.

For now, the consumers are going to be the biggest winner. When consumers go shopping, they can expect to have more cash in their pockets. Besides that, they could see a larger assortment of exclusive products, which is the approach that German stores are using. Besides that, Amazon being so tech survey could totally change the grocery buying experience.

Over the long term, it is hard to determine what will happen. However, some consumers are already worried about what will happen when Amazon controls a major chunk of the market. Judging from past mergers, it is not likely to be good news for final consumers. The result is that prices stagnate or they

The Deal Will Be a Game Changer for Retail.

It is now just a question of when Amazon’s effort will begin to be felt in the grocery sector. By buying Whole Foods, it will be able to expand online grocery delivery based on its existing network. However, Amazon is not new to the grocery sector. It has Amazon Fresh, which serves a few markets such as Chicago, New York, Los Angeles, and San Francisco.

Its presence will force others to up their game to stay afloat. However, it is a long shot to say that Amazon will wipe them out. The grocery sector is diverse and fulfilling everyone’s needs could take quite a while. However, it is quite clear that anyone who wants to survive will need to tighten his or her game.