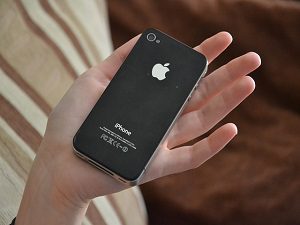 Mobile phone theft has become a growing problem across the world with an estimated $7 million worth of phones lost or stolen each year. This trend is expected to grow as more and more of the world adopts a mobile lifestyle and begins carrying smartphones and tablets with them wherever they go. However, mobile phone manufacturers such as Apple, are working to make it much more difficult to resell an iPhone or iPad that has been lost or stolen.

Find My iPhone
One of the first methods Apple implemented to combat theft and minimize the number of iPhones and iPads that are lost or stolen each year was the Find My iPhone. With this service, a user could easily search online and find the location of their missing device. This feature proved so successful it has even been used to solve some crime. While Apple did see a drop in the theft of their devices it wasn’t even close to stopping it. Because of this, Apple introduced another feature, Activation Lock.

Activation Lock
Though present in past versions of iOS, Activation Lock is now enabled by default on devices running the most recent version of their operating system, iOS 8. Activation Lock requires a username and password to be entered into the device before Find My iPhone can be disabled or the device reset and erased. This prevents thieves from being able to reset the device and using it for their own purposes. However, it doesn’t prevent them from selling the device to unsuspecting shoppers.

Protect Shoppers
In an effort to protect shoppers from purchasing stolen devices, Apple has added another new feature as a part of the iCloud services. Shoppers can now go online and check a device’s serial number to see if the Activation Lock has been disabled. If it has, then the iPhone or iPad is free to be used. If it hasn’t, then the shopper must contact the owner to disable the feature.

Using this service will allow potential buyers of second hand iPhones to be able to check the devices before they purchase them and will also help them report thieves who are attempting to sell the stolen items.

Not a Perfect Solution
Apple has admitted that this won’t stop the theft of iPhones and iPads entirely. It will, however, make the thieves jump through extra hoops in order to sell a device, and might even prevent them from being sold altogether. It can also help authorities catch the thieves responsible for stealing devices as well, because the Find My iPhone feature cannot be easily deactivated.

The theft of mobile phones and tablets is a growing problem across the world as more and more people begin using the expensive smartphones and tablets each and every day. Apple is taking a stand against stolen devices in an effort to protect its valuable customer base from being scammed by thieves selling stolen iPhones and iPads. While these efforts won’t stop the theft, it will go a long way in helping protect customers while making it difficult for the lawbreakers to take advantage of shoppers.
It’s probably impossible to prevent the theft of iPhones and iPads entirely, but the steps made by Apple represent a positive shift towards the protection of their customers from being victims of these crimes.