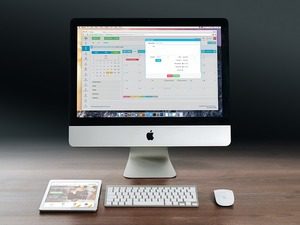 Apple has not classically been known for being a company that considers the environmental factor of their production, and in fact, the company has gotten some flak for it in recent years. However, it did not take these accusations lightly and the phone and computer company has started to move towards greener pastures, so to say.

In May, Apple announced a major expansion of their environmental protection and renewable energy initiatives in China. These initiatives are aggressive, but welcome as they include much needed protection of China’s forests. The new forestland program alone is going to strive to protect over a million acres of forests.

In addition, the company is going to start aiming for a net-zero impact on the world’s supply of sustainable virgin fiber, and all of the operations – worldwide – are going to be powered by 100 percent renewable energy, which no company as large as Apple has attempted to do before.

Linda Jackson, the vice president of Apple’s Environmental Initiatives, said that “forests, like energy, can be renewable resources,” and that the company believes it “can run on naturally renewable resources and ensure that we protect – and create – as much sustainable working forest as needed to produce the virgin paper found in our product packaging.”

New renewable energy projects are also happening in China, and they’re happening quickly. Recently, Apple launched a major solar project in China and installed several solar generators in the Sichuan Province. These new generators will produce more energy than necessary to power all of the offices and retail stores in China. The solar project took a few years to perfect so that they would minimize their impact on the grasslands that support a large part of the native yak population, but now that the project is up and running, it provides clean energy to over 60,000 Chinese homes that would have otherwise not been added to the grid at all.

Tim Cook, Apple’s CEO, says that he believes the company is doing amazing work and is setting an example for all other large companies with large demands on the environment should strive to meet. “We’ve set an example by greening our data centers, retail stores and corporate offices, and we’re ready to start leading the way toward reducing carbon emissions from manufacturing. This won’t happen overnight – in fact, it will take years – but it’s important work that has to happen.”

Apple’s “only getting started,” and is expected to announce several more green initiatives this year. You can read more about the announcement on Apple’s blog.