Are Tablets Going The Way Of The Dinosaur? 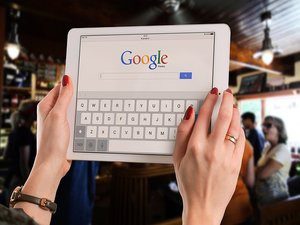 The question seems a bit odd given the rapid growth of tablets and their adoption by more than a few computer manufacturers. But the boom has subsided, with sales figures indicating that tablets are not the high-demand item they once were. A number of reasons have been cited for the decline, among them the larger size screens of the latest smartphones such as Apple’s iPhone 6, and tablet technology that has been relatively stagnant.

One of the most obvious demands from consumers when it comes to mobile technology is a larger screen size. Companies have adjusted to the demand for making their web sites more easily navigable on mobile devices, but even with the adjustment, users were finding the need for a more viewable interface that exceeded the 4 – 5 inch smartphone screen sizes available. The latest models of tablets hover between 7 and 9 inches, and consumers were not willing to pay extra for what amounts to the same functionality.

Tablets and smartphones both have the same basic technologies. While making a phone call on a smartphone seems more natural, tablets have the same functionality if you are willing to use an app such as Skype. But smartphones are more portable and have batteries that generally last longer than a tablet. While trading a smaller screen size to save $100 or more, smartphones are generally the preferred choice for younger people who have not yet reached the age of being visually challenged.

Despite the doom-and-gloom scenarios dreamed up by industry experts, one of the problems that has been ignored in the conversation is the fact that tablets simply have been built too well. Although the market is only 4 years old, tablets have proven to be reliable and require minimal maintenance. Lightweight and portable, they are a far better alternative to a laptop, especially when taking cloud storage into consideration. In short, there has to be a compelling reason to buy a new tablet, yet there is no reason not to have one. There will be a certain number of tablets that will be lost, stolen, broken, or otherwise rendered inoperable, but most people are happy to keep theirs.

Steve Jobs introduced the iPad about 4 years ago, and Apple sold 24 million of them in the 4th quarter of 2014. But it is possible the idea was a little too good for the industry’s own profit. The upside of the tablet is that it requires a certain amount of care because, with the exception of the presence of a hard drive, it almost is a laptop. This quality is what makes people take greater care of them. Smartphones are essentially glorified cell phones (remember those?) that if lost or stolen can be replaced without a lot of fuss. Consider the fact that Microsoft and Google are exploring the low-end smartphone market to make headway in smartphone sales. Devotees of the TV series 24 and the Bourne movie trilogy have seen cell phones bought, used once, then disposed of in the nearest anti-environmental garbage container.

Another opponent of tablet sales is the all-in-one or hybrid laptop-tablet system being offered by a number of major computer manufacturers. The laptop has refused to go quietly, while the tablet enchants those who prefer basic Internet functionality without the weight. The hybrids have made their case and have subtly cut into tablet sales.

It is clear there is a market for tablets. What consumers and computer manufacturers have to wait and see is what form the tablet will take in the future.