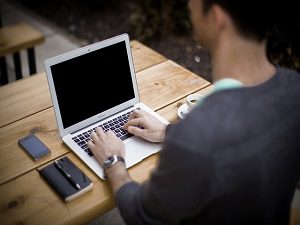 If you have not heard of the Internet of Things (IOT) it is because you just haven’t been listening hard enough. ARM, one of the leaders in moving forward with IOT, is developing an mBed operating system that will help companies integrate their products with the Internet.

The Internet of Things is the concept of making Internet connected devices that can be controlled through the Internet, such as garage door openers and microwave ovens. Manufacturers will be able to monitor usage and also discover problems with devices in order to improve the quality of their products. There is a privacy issue that accompanies the convenience, but that is currently being worked on.

The Future of mBed

ARM currently manufactures the chips in many smartphones, so is familiar with the digital territory. Because of their experience, the operating system for the mBed chips will be very simple. The source code will be a combination of open source and ARM proprietary coding to ensure compatibility across all platforms and the security of the collected data. One of the challenges for ARM is to maximize the power required to run the chip’s operating system, as the goal is to have the mBed chip last for years.

But the mBed implementation is not solely focused on consumers. Select mBed chips are already in use, and the plans are to promote integration into city systems such as transportation systems. A series of connected traffic lights will be able to provide information about traffic patterns, enabling city planners to make better decisions for road construction, repair, and expansion.

The Future of mBed as a Consumer Solution

The benefits of mBed technology to companies is unquestioned. As for the consumers, there is more to consider beyond the technological advantages and having “smarter” devices. Privacy is an issue, but choice in another issue. What if a simple yet essential part of a modern household, such as a microwave oven, is only available with mBed chips? The projections are that there will be 26 billion devices that are part of the Internet of Things by the year 2020.

As companies upgrade their technology to meet the expected consumer demand or government regulations, older and “dumber” products will be discontinued. Just this past year, the standard incandescent light bulb became a thing of the past, replaced by the more energy efficient fluorescent and LED bulbs. This did not happen overnight, but it is now part of consumer history.

Security and privacy are two distinct issues when discussing mBed technology. The recent flood of company systems being hacked does not provide any comfort for consumers when large corporations have their security systems overrun by unknown hackers from what appears to be other countries.
Exposing how many times we do our dishes may be of value to a manufacturer, but not to a non-descript person in China or Russia. But if the Internet of Things connects that piece of data with your home address, phone number, and other personal data, a single security breach would have the same effect that the credit card breaches have had – perhaps greater. The issue for the consumer about IOT is the link it creates to a person’s total behavioral lifestyle. What is of even greater concern is the open source part of the source code, a place where anyone could potentially gain access and create device havoc.

Developers and companies are assuring the public that such threats and scenarios are being considered as the use of mBed chips in common household devices grows. The number of mBed chips currently in use is very small, so it will take time to get manufacturers, suppliers, and consumers to agree on how to implement the technology into public life.
Privacy, security, and choice are the three biggest concerns of consumers. Device makers have their own concerns, such as cost of integration and meeting the public’s demand for security and privacy. The year 2020 seems a long way off, so will 5 years be enough time to meet the growing demand to make devices and people smart enough to accept mBed?