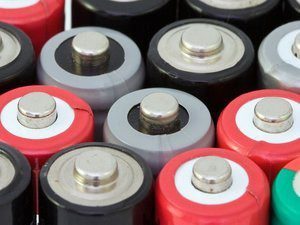 One of the biggest limiting factors in our handheld world has been battery life. No matter how long the battery life is on the current generation of devices, it’s just not enough. We’ve all basically become handheld power users, and our batteries just aren’t keeping pace with the demands we’re putting on them. Recent developments, however, may be about to change all that.

Batteries have been steadily improving over the last several years. The batteries in the handheld devices we use today are three to five times longer lasting than the batteries of just a few years ago. As with anything involving miniaturization, we initially see improvements in larger batteries, then someone figures out a way to make them smaller. You can trace this basic arc of development through almost any piece of technology in existence. Computers used to be house-sized monstrosities. Now we can wear them on our wrists. The first microwave ovens were almost three times the size of today’s models, and so on. Basic technology comes first, then miniaturization.

That said, if you want to look at what’s coming in battery technology for handhelds 10 years from now, look at what’s going on in battery storage for things like electric cars today. What you find are two different breakthroughs, each in strikingly different directions that promise radically longer battery life.

The advancement also called the “Lithium Air Battery” is the product of research conducted by teams at both Yale and MIT. These two groups have found a way to solve the traditional Lithium-Ion battery’s two biggest problems. Their overall inefficiency and their inability to be continually recharged.

By sheathing the cells in a nano-membrane, they can reduce the amount of energy required to recharge the battery. In the lab, they’ve been able to drain and recharge their prototype sixty times without losing storage capacity, which is about double the number of recharge cycles found in older versions.

The only problem with the experimental battery is that “air” is an oversimplification. The battery actually uses pure oxygen, so one of the remaining hurdles is to figure out how to get it to operate in a standard earth atmosphere environment. The batteries react badly with carbon atoms in our air; the contaminants cause the batteries to degrade rather quickly. Clearly then, not all the technical hurdles have been solved, but this is a huge step by any reckoning.

The other breakthrough approach comes to us from a young startup company called Seeo. Their prototype battery packs about twice the stored energy in the same amount of space by using a polymer electrolyte dubbed “DryLyte.” If the Tesla lineup was outfitted with these batteries, they’d get about six hundred miles a charge. Bear that in mind when you consider that Elon Musk just spent five billion dollars on a state-of-the-art battery facility in the US.

Again, neither of these batteries have anything to do with our handheld devices, yet. Yet, being the operative word. Once the full-sized models are in production and in widespread use, you can expect to see “fun-sized” versions coming along shortly thereafter.