The Nexus IT team is excited to have recently been named among the fastest-growing companies in America and to announce our merger with Intelitechs, kicking off an exciting new era for our company.

The Nexus IT team is excited to have recently been named among the fastest-growing companies in America and to announce our merger with Intelitechs, kicking off an exciting new era for our company. Discover more in this recent edition of PCTV.

Nexus IT Consultants’ CEO Earl Foote recently appeared on Mountain Connections PCTV to talk about our growth, our company’s merger with Intelitechs, and the future of our business: 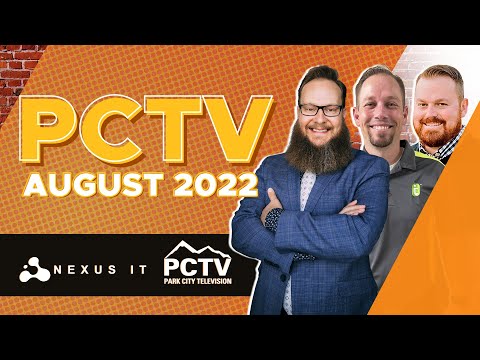 “The last 10 years of Nexus IT has been quite extraordinary,” says Earl. “Many of those years have seen 100%+ growth.”

Nexus IT was thrilled to have been named on the 2022 edition of the Inc. 5000 List in August of this year. This is a highly-respected publication in the greater business community, and Nexus IT is honored to be included on this esteemed list.

Not only have the companies on the 2022 Inc. 5000 been highly competitive within their markets, but the list shows staggering growth compared with prior lists. This award is especially exciting for the Nexus IT team, as it highlights their commitment to continual growth and excellence within the industry.

This accomplishment is a direct recognition of Nexus IT’s the above-standard commitment to professionalism, innovation, and reliability that has kept their clients satisfied and successful and continued to attract new business over time.

“It is a testament to the heart and soul of our team,” says Earl.

Nexus IT doesn’t seek business growth for its own sake. Acquiring and merging with other companies may help the bottom line, but it can quickly affect service quality and hurt the client experience.

Over our time in business, the Nexus IT team has learned to look for companies with similar cultures and models whose teams would complement their own and whose clients would benefit from what we offer. That’s why we recently merged with Intelitechs.

“We figured out, having connected over the past year, that our visions are really aligned,” says Earl. “

Intelitechs co-founders Jake Hiller and Eric Sessions recognized a similar culture at Nexus IT, both in managing our staff members and serving our clients. The merger adds significant value to both teams’ client services, capabilities, and product offerings and will expand the leadership suite of the newly combined entity, Nexus IT.

The fact is that this acquisition is a success for both organizations as well as our newly combined network of clients. Nexus IT is augmenting our staff and client base as we further expand their service offering. At the same time, Intelitechs gains an exciting economy of scale and an extensive suite of services and solutions for their clients.

“Both teams are very abundance-minded,” says Earl. “They’re ready and willing to engage with one another.

The Future Is Bright For Nexus IT

From nationally-ranked growth to strategic mergers, Nexus IT is committed to continue developing and grow as a member of the IT industry’s national stage. We’re excited to embark on our current five-year growth strategy and can’t wait to see what the future holds for our team and our clients.