Do Macs Suffer from Malware Attacks? 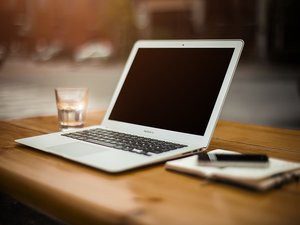 There is a myth that abounds in the world of Mac that has been encouraged by Apple: Mac users don’t have to worry about malware or other virus threats. While it is true that Mac users face far fewer malware threats when compared to Windows users, Macs today aren’t immune, and users can easily fall victim to some of the malware attacks out there.

According to leading antivirus company Kaspersky the average Mac user faced approximately nine security threats in 2014. This is notably lower when compared to Windows but is still a cause for concern especially for Macs used in business.

Types of Attacks
The most common types of attacks Mac users faced were adware attacks which would change bookmarks, add a default search engine or otherwise attempt to get advertisements on users’ systems. There were other more malicious types of attacks as well, including Trojans and programs such as WireLurker, which installed third-party apps on devices when phones or other iOS devices were plugged into the computer.

End Mac Complacency
Because of the historic lack of viruses and malware for the Mac platform, many of its long time users have become lazy when it comes to security. Today they believe that they won’t fall victim to malware simply because they run a Mac operating system, but that couldn’t be farther from the truth. Educate your Mac users in your business about the threat of malware and viruses on the Mac platform and show them that they do, in fact, exist. This will help them understand the threat they face and will hopefully reduce their security complacency.

Focus Security Efforts in Business
How do you handle Mac security vulnerabilities in business? In short, just like you would when dealing with a Windows machine. Be sure your users understand that threats do exist and make your Mac users go through the same security training as your Windows users. There are good antivirus packages available for the Mac as well. Security software should be used at all times on any Mac connected to your company network.

At the same time, you must also continue to remember your Windows users as this machines are much more vulnerable to attack due to the sheer number of viruses and other malware that are made to target Windows machines. Focus your efforts in this area to ensure your business stays safe, but don’t leave your Mac users out in the cold or you could find your latest security breach could come from that MacBook Pro you have in your office.

It is time to dispel the myth that Macs are immune to security threats. In many ways Macs are even more at risk today than ever simply because many of the users don’t bother to run proper security software. As a business leader, you need to take your security message to your entire organization and make security a top priority for not just Windows users, but Mac users as well. Using well-established security best practices at your company is the first step to ensuring none of your users, Mac users included, ever become the victim of an attack.