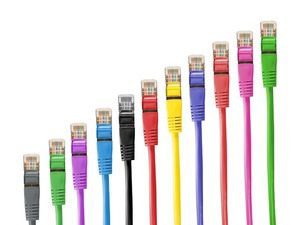 Many companies spend a lot of time and resources on deciding exactly HOW to build and configure their computer networks. There are many choices and considerations, but one of the most important aspects of the decision making process is how the network’s architecture will positively affect the company and its bottom line. A large investment with a minimal return will have managers second-guessing their decisions.

Productivity
One of the key goals of efficient network architecture is to design a system that is stable and robust, enabling the employees using it to get their work done without being bogged down by the system itself. That almost can’t help but be a boost to the company’s bottom line simply by virtue of the fact that “the system” isn’t getting in its own way. I’m sure you’ve seen or experienced the phenomenon. That creeping feeling that you’re being thwarted at nearly every turn by a system that seems almost custom-designed to work against you rather than to make your life easier.

Efficiency
The main point of computers has been, from day one, efficiency. As computers began to be networked together, the expression of their efficiency is expressed multiplicatively, rather than additively, or at least it should be, again, with proper network architecture. The bottom line is that if your network is built correctly, using industry best practices and a logical architecture, then you’ll realize that efficiency. If you design your network in some haphazard or ad hoc fashion it will wind up being a ramshackle collection of hardware that doesn’t live up to its potential.

Profitability
Productivity and efficiency translate to bottom line profitability. This is a metric whose impact should not be limited to the current fiscal year. The good news is that you’ve probably got sufficient IT bench strength without having to outsource network maintenance functions. Surely your IT people aren’t so busy with other projects that they can’t also take on the challenges of basic network maintenance, though if they are, you can find some reasonably priced firms who will be more than happy to see you outsource it to them. In today’s mobile world having 24/7 access is essential to remain competitive in a global marketplace, which is a hidden variable that sometimes gets overlooked. Your network needs to be robust enough that it can remain at least partially operational twenty-four hours a day, 365 days a year, with redundant fail-over plans in the event of a system failure or outage. Even if your office isn’t manned 24/7, the reality is that it’s a work anywhere world, and your employees may be working while on the other side of the globe, traveling on business or pleasure. They may be working from home, or on the weekend, and when they work, conducting the business of your business, they need access to files. At least some of those files are going to be located on your company network, so it’s got to be up, running, and available, come what may.