Email Password Hack Not As Bad As First Thought 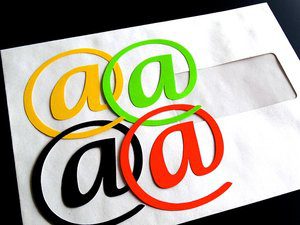 Not long ago, a company called Hold Security issued a report of its rather disturbing finding. A massive database was found for sale in the dark corners of the internet, containing nearly three hundred million email addresses and passwords. This information was collected from all of the biggest email providers, including Mail.ru, Aol, Google, Yahoo, and Hotmail, and represented the single largest heist of email data in history.

The problem? It turns out that on closer examination, the supposed data breach was mostly hype.

While the data collected was real, most of it was so dated that it was useless. Mail.ru requested a sample of the data found from Hold security and analyzed it. Their findings were as follows:

So if Mail.ru’s experience is typical, then let’s break that down. The original database in question was said to have information on a total of 272 million email accounts. If 0.018% of those are potentially active, that brings the total number of accounts impacted by the breach to just under fifty thousand, spread across half a dozen email providers.

While that number is certainly nothing to sneeze at, it’s a far cry from the originally reported 272 million, and isn’t a large enough breach to even register on the radar of most of these email providers. Consider, for instance, that Google’s Gmail alone boasts more than 1 billion user accounts. Even if all 50,000 potentially active accounts were Gmail accounts, it wouldn’t be a statistically significant number.

All that to say, it appears this was (mostly) a false alarm. That’s actually good news.