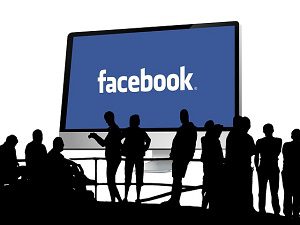 In the second policy change in just a few short weeks, Facebook reversed its experimental policy on researching how users would react to changing news feed posts on their Facebook pages. Obviously, like the real name policy that the LGBT advocates shouted down and which was the subject of the first Facebook apology issued this week, Facebook needs to reassess its direction on how it uses the data provided by users.

Anyone who has been on Facebook for a fair amount of time knows about their use of the gargantuan amount of data they amass from each user. In some ways, Facebook is the Google of social media. That data has been used to make the company billions of dollars and it has become the face of social media web sites. But the problems for the user may be just surfacing over this latest plunge by Facebook into how users will react to certain stimuli. They said it was an experiment, and though they apologized for it, it is clear that this kind of social experimentation without the user’s knowledge has been going on for some time. The dating web site OK Cupid is doing much the same in the name of improving the user experience.

As we saw with the NSA debacle, people do not like being told after the fact that they have been the subject of a social or government experiment however ostensibly good the reason. The whole issue of privacy has been clouded by the right of companies to collect and sell data on the basis of users giving permission via simply logging into and using the account. At this point, users do not have much recourse when such experimental studies are conducted.

Too Much Too Soon?

It has to be wondered whether the apologies are sincere or just another diversionary tactic to enable Facebook to continue with their experiments, hidden from the public gaze. The question is whether Facebook’s forays into experimentation are just the beginning of new ways to extract data from users to benefit their bottom line. Consider the wording of the apology: ”… we should have considered other non-experimental ways to do this research .… Last, in releasing the study, we failed to communicate clearly why and how we did it.” The issue for Facebook may well have been not that they did anything wrong but that they moved too fast, too soon, and too secretly.

How is it that a billion dollar company does not have the foresight to “consider other non-experimental ways” before moving in a direction that will affect millions of people? Is the suggestion that experimental methodologies were the only solution? This is an unlikely possibility, and more of a planned move to assess user reaction.

The admission of failing to communicate is diametrically opposed to what Facebook is all about – communication! Are users supposed to believe that the gurus of social media do not have enough business sense to communicate to its customers something that directly involves and affect them? That is likely not the case, so then Facebook knew what it was doing and did it anyway.

If Facebook is admitting to conducting such research experiments, its end goal is to keep its customer base. One reason is that most technologies fade after a certain amount of time, especially all things Internet. Amazon has its concerns about Alibaba. eBay has a similar concern. These stalwarts of the Internet are facing new challenges because of new technologies with a broader appeal. Facebook is not exempt.

Maybe not next week, but sooner than later Facebook will have to deal with the reality that while Google Plus is not a concern, another technology more private and more friendly is waiting in the wings. Apple and Google collectively and simultaneously announced operating systems that are so private the government is upset about their existence. Mining the data of its 500 million or so users is a long term benefit, either to keep the company at its number one spot or to be bid on and sold in the future.