How Technology Drives Startups To Success 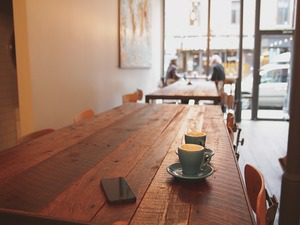 When we think of technology, there are two main ideas that come to mind. The first is hardware, the tangible products that we directly experience such as a smartphone camera or a cloud server. The second is software, commonly known as apps, which are not tangible but of which we do see the results. For example, when you type a document into a word processor, the software that actually makes the document possible is hidden to you, but you are able to see, share, and print the result.

Both of the above categories of technology are easily definable and understood. But a new kind of technology has been at the heart of growing mature companies and new startups – social media. Social media is software in the sense you see the result of your actions, but the result is created by people more than the technology. For businesses, these people represent current and future customers, all of whom have a direct influence on the success and profitability of your company. In this sense, social media actually has a greater impact on your business than the more common definition of technology.

It is essential when discussing issues of SEO (search engine optimization) that social media is an important component of the marketing mix. There are a number of examples where the wave of social media response has directly led to a product or company moving from an unknown status to a popular staple of a company’s profit. Analysts of marketing strategies have connected the impact of social media with a company’s marketing plan and confirmed that when real people can use technology to have their voices heard, it is often a financial boom or bust.

Why social media is such a huge influence on entrepreneurial startups is easily understood when you consider the major shift away from traditional forms of marketing to technology-based marketing. A large part of the modern marketing plan involves the Internet and social media. Interestingly enough, successful startups also incorporate the more traditional methods of advertising, such as newspaper ads and direct mail, to attempt to reach the complete spectrum of potential customers. While creating a marketing plan including technology is a must, ignoring simpler methods can cost you customers.

What social media offers in the way of technology for startup businesses is the ability to connect with potential customers on a level playing field using the Internet. The largest companies cannot grow complacent about using technology to connect with its customer base, while the startup business can reach a niche market and gain a foothold simply by having a complete social media and marketing strategy. Beyond establishing a company’s brand name, social media technology allows entrepreneurs the option to use the feedback from social media interaction to develop and improve their product lines.

In the context of business, social media is a weird form of digital bionics that mixes the characteristics of people with the aid of technology. The technology does not make the people better, but instead helps them directly communicate with their sellers and make an immediate impact on the company’s direction. It comes as no surprise that companies who pay attention and adopt this technology into their business plans often come out of the starting gate with blazing speed.