iPad Pro vs. Surface Book Pro – Which Is Better For Enterprise? 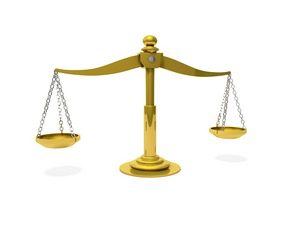 Since Apple and Microsoft both launched their latest products, comparisons have been inevitable. The two tech giants are slowly moving toward the middle, with laptops like the Surface Pro becoming more like tablets, and tablets like Apple’s iPad becoming more like laptops. The question that naturally arises then is, which one’s better for you and your business. For the moment, at least, the answer is definitively the Surface Pro, by Microsoft. Below, we’ll tell you why.

It’s true that the Apple iPad Pro has a lot going for it. Size and weight-wise, it compares favorably with the Surface Pro, the latter being marginally larger and offering a slightly larger display and a higher resolution, but neither to such a degree that it makes much difference. No, the things that make the Surface Book the better choice for business use are “under the hood,” so to speak.

First and foremost, there’s the OS. iOS is great, fairly intuitive and great for home and small set-ups, but it’s just not an Enterprise-level OS. Windows 10 is, and it’s something that tech managers the world over are used to, because Windows 10 is the latest in a long line of operating systems that have been running business since the dawn of the computer era. iOS has fewer native, Enterprise-level security or access control features, and the iPad Pro can run only apps, while the Surface Book can run apps and full blown programs designed to run on PC’s. Productivity Apps are quickly getting better, but they still can’t touch the robust functionality of the productivity software running on today’s PCs. Despite improving apps, Apple’s new product has a ways to go yet before it can truly be said to be a replacement for your laptop.

The other drawback to the iPad Pro as an enterprise-level device is its relative lack of extensibility. In terms of RAM, hard drive space and processor speeds, the Surface Book wins hands down. In addition, the Surface Book comes standard with two USB ports, meaning you can add your own peripherals to the device at will. The iPad Pro has no USB ports and presently lacks the plug-and-play features of the Surface Book.

There’s a lot to like about the iPad Pro. By any reckoning, it’s an excellent machine, and a lot of people will flock to it and enjoy using it. One thing it can’t do at this point is replace your current laptop. Not quite yet anyways.

The day may come when Apple’s lively app store finally delivers robust productivity apps that can compete with or even outperform desktop or laptop versions. Apple may make changes to iOS to make it more useful to conventional, wide-spread enterprise environments, but until and unless those things happen, Apple’s going to remain largely on the outside looking in where business is concerned, and the iPad Pro doesn’t change that this time around.