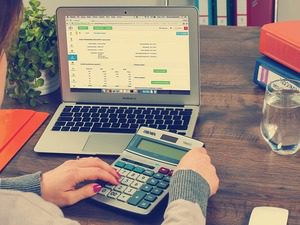 Are you planning to file your taxes online? If so, you may see some delays in getting your refund. The IRS has been experiencing intermittent problems with their eFile system that has been making it impossible to take the final step in online submissions. This requires online filers to save their returns and try again later. Many online tax filing services have begun playing the role of middlemen, allowing users to complete their returns, with the middle man acting as an agent, holding them until they get the all clear from the IRS to send them on through.

As of the writing of this piece, the IRS eFile system is once again up and running, and the agency assures filers that upwards of 90% of those who have already filed their taxes, or who will be doing so in the days ahead, will get their refunds within the next three weeks.

The IRS has said relatively little about the specific nature of the issues surrounding the breakdown, and it is entirely possible that there will be other temporary outages in the eFile system before the process is smoothed out once and for all this filing season.

The issue has complicated the financial lives of millions of Americans, many of whom took on additional debt during the holiday season, and were planning to file early and use their refunds to pay the debt down or off. Those plans have now been delayed. It’s generally not a crippling delay, but it certainly has proved to be an inconvenience for many.

This is not the first time that the IRS has had problems of this type. When the eFile system was first rolled out, there were similar outages and delays. It is an unfortunate fact of life that all too many small and medium sized business owners also have to deal with from time to time. Our technology is fantastic when it works, but cases like these underscore the inherent vulnerabilities of our digital infrastructure and the all-too-real problems those vulnerabilities can cause or create in the physical world.