Is Crowdfunding Just For The Little Guys? 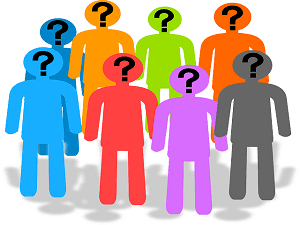 Just having to ask this question seems wrong. The whole idea of crowdfunding was to enable small businesses and people to gather seed money so they could pursue their dream, large or small, when the more traditional sources of acquiring capital were unavailable. Suggesting that billion dollar companies with million dollar salaried CEO’s should become part of the same opportunity might discourage the most enthusiastic entrepreneur.

Corporations Getting In On The Act – Or Not

The University of California, Berkeley is hosting the first ever program designed to teach corporate executives how to crowdfund. The gist of the argument is that if large corporations have projects that require funding, small investors, the kind that look for investment-based crowdsourcing sites, should have the opportunity to invest in a potentially high return project. Another is that corporations are people too.

The ethical position of companies also enters into the equation. Some may decide to stay away from crowdfunding their projects as it will likely drain funds away from the smaller startups. As ethics are a personal and flexible set of standards, some companies will not see a problem jumping in and competing with the crowd. The third group of investors probably see the issue of ethics and corporations as forever contradictory.

Corporations May Behave Better Than Startups

If the debate turns to trust between the large corporation and the individual crowdfunder, it may be difficult to make a case against the corporation. More than a few advertised cash poor startups turned a massive profit on donation-based crowdfunding sites that left donors with nothing and startups with millions, and in one case, billions, of dollars in hand. The primary villain in these scenarios are people who went to donation-based sites instead of seeking funding on investment-based sites, giving the perception that the funding would be used to finance development of the project instead of selling the idea. Many see this as betrayal of the trust.

The flip side of this argument is that in any public partnership where trust and money act as partners, there will always be a percentage of times when people are taken advantage of. Crowdfunding, as noble a cause as it is, is not exempt from this reality of life. It is similar to reading a brochure about a vacation paradise, and hoping the reality is much like the descriptions and pictures advertised. Going to Hawaii and being greeted by a grumpy hula girl as you come off the plane just doesn’t seem right.

There’s Room For This In The Small Investor Model

Despite the objections on the surface, if crowdfunding of large corporations was limited to investment-based crowdfunding sites, it is difficult to raise a meaningful objection. The whole idea behind the investment-based model is to enable the smallest investor to profit from a great idea without having to wait for Wall Street to discover it. That idea does not seem to be harmed by allowing large corporations into the mix.

Of course, the previously discussed ethics issue will require that in order to accomplish this investment-only restriction the government would have to step in and regulate crowdfunding. That is something very few people would want, since it defeats the entire purpose of the adventure. Add to the problem that large corporations have large legal teams at their disposal, and it would only be a matter of time before loopholes were found to make exceptions – and the involvement of the large corporation in donation-based crowdfunding would reappear.

There is no apparent solution to this dilemma, as in a capitalist society money speaks loudly and clearly. Consolidation is the rule across the board in many industries such as wireless communication and banking. Crowdfunding may also be a target to consolidate small investor’s money by funneling it into the projects of large corporations. Funders seeking a return on investment will rightly gravitate to the lower risk, higher reward projects.

There was a time crowdfunding was an opportunity for the little guy. Now there is the air of uncertainty that surrounds any noble cause where money is involved.