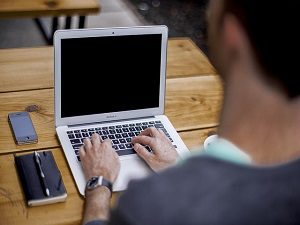 It’s Part of Us

The truth is that the Internet has been a part of our lives for so long and during that entire time dot com has pretty well been synonymous with the Internet. Anybody that had any sort of dominant presence on the net utilized this name. In almost every commercial, we were told to visit a website with the announcer actually ending the commercial with “dot com.” Because of this, the name extension has become ingrained into our society and today it’s thought of as the best name extension you can get. Unfortunately, with so many names registered today, finding the right name with the dot com extension is the next best thing to impossible.

In the beginning, there were four basic extensions: .com, .net, .org and .gov. Each of these extensions represented a type of organization. However, as the Internet grew by leaps and bounds, the purpose of these names simply vanished and now anyone can register them with the exception of .gov. In order to accommodate the growing demand for names, more and more extensions have been added. However, many companies and individuals alike have been reluctant to utilize these names, opting for a less than desirable dot com instead.

The Internet continues to grow and is rapidly changing, and with that comes new people with new ideas. This new thinking is in some cases shunning the classical naming convention and utilizing other names for websites. There are several reasons contribution to this change.

1. The Internet, web browsers and even the users have become increasingly smart and more tech savvy, eliminating the need to remember the dot com name altogether.

2. With the invention of smartphones and tablets, apps are slowly becoming a company’s most used interface with customers, rather than their website. Because of this, it is easy for companies to obtain a domain with their name and a little known extension because they do not rely on their website for traffic and sales.

3. As more and more people adopt the Internet and more young people join the ranks of the Internet world, the initial belief system of dot com being best is simply fading away as these new individuals don’t see or understand the significance that many of us old school Internet users do when it comes to dot com.

Companies Taking Advantage of the New Names
Some companies are using the new extensions in creative ways that set their business apart. For example, the social network Delicious began life on the domain del.icio.us and can still be found there to this day as well as at delicous.com. Other companies have opted for the .biz extension as they could easily register their business name while still funnelling potential customers through social media and their mobile apps.

While dot com is still sitting atop the name mountain, it may not remain there forever. Shifting attitudes and changes in the way we use the Internet are undoing the power once held by the dot com name. While dot com might be top dog for now, there is some doubt that the need to obtain a dot com name is as important to businesses as it once was. As usage shifts more and more to mobile platforms and apps, you can expect to see its dominance disappear altogether down the road.