Is Windows 10 a Step Forward? 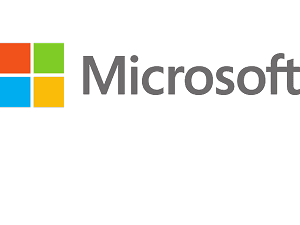 If experience is to be learned from, then chalk one learning experience up for Microsoft with its Windows 10 design. While Windows 8 seemed to be an attempt at entering into the world of mobile through a desktop, the peeks into Windows 10 fixes many of the anti-Windows features, such as the hiding of the Start button. The bigger question is, how much different is Windows 10 from its immediate predecessor?

Back to the Future

Microsoft may be redefining progress by moving backwards. Windows 10 returned to the cherished Start button and menu that has been a staple of Windows products since its introduction in 1995. In the eyes of Windows users, this is a step forward; rather than trying to redesign key features to move into the 21st century, some things are better left alone.

Another back to the future change is removing the confusing Windows 8 behavior of not allowing retro Windows applications to run in its Metro mode. Users complained of having to switch between the two – definitely not a productive working environment. Now all applications can run in Metro mode, which is either a step forward or a stubborn refusal to admit the mistake to begin with.

Microsoft’s Office applications have supported tiling for years. That functionality now comes to the desktop, called the Snap feature, was present inside their applications but now has been freed up to the desktop. As for the taskbar, it has come under some criticism for looking and acting a bit too much like Apple’s iPad operating system. That criticism needs to be tempered with the fact that functionality is to be preferred over popularity. In general, the criticism that can be laid on Microsoft here is whether Windows 10 is innovative or a rearrangement of existing ideas.

A final new feature of Windows 10 is the ability to have multiple desktops available. This mirrors what Apple has already done with their operating system, so the suggestion has been made that Microsoft has started to run out of ideas and is now resorting to copying from competitors.

Functionality and Profit Reign Over Criticism

Many of the criticisms of Windows 10 are related to the fact that it looks and acts too much like an Apple computer, the bane of existence for Windows devotees. But the criticism is muted by the fact that it is a new day at both Apple and Microsoft. Once standalone giants in the computer industry, their original leaders are now departed and it is left to their heirs to try to continue their legacy. Many of the new releases of the iPhone have been criticized for being unoriginal and copied. The difference is that Microsoft’s product line is much more connected to the personal computer and business world. China is designing its own operating system after Microsoft slammed the door on Windows XP support. It may be a matter of survival more than innovation or satisfying its hard-core supporters.

To answer the question is Windows 10 is a step forward, it is probably better to say it is a step in the right direction. They have held on to and returned to many of the things that define Microsoft products while compromising to admit certain functionalities that would be good for the end user exist outside the walls of Microsoft. This is not a punishable offense, but more of a fashion faux pas.

It may simply be an issue of gaining time to hold on to their market share and brand name while working on a major redesign that is 100 percent Windows bred. Though technology seems to change monthly, Microsoft has not gotten to where it is at by panicking. The best path for Microsoft’s fans is to be happy that there is a Windows that has improved, even if it did so by moving backwards. But if Windows 10 does not gain the popularity of the oldie but goody Windows XP, then it may be three strikes and you’re out.