Is Your Android Device Getting Needed Security Updates? 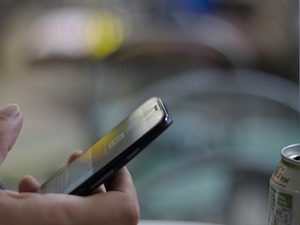 Google takes security more seriously than most companies, and it’s no wonder, given that the company’s Android Operating System is currently in use by more than 1.4 billion users worldwide. The latest version of Android (version 6.0, dubbed Marshmallow) includes such things as support for fingerprint scanners, a built-in patch level checker, verified boot functionality, full disk encryption and more granular app permissions, all of which are regarded as huge steps forward where security is concerned.

There’s more. Google Mobile Services and Verify Apps scans more than 400 million devices every day in a bid to keep potentially harmful applications (PHAs) from ever being installed in the first place, and those efforts are having a big impact. As it stands now, a scant 0.15% of users who download exclusively from Google Play have installed a PHA on their system.

All of that is good news, but there is, unfortunately, a problem.

By Google’s own estimates, 29% of their user base has Android 4.4.4, or earlier installed, which is problematic because these older versions are no longer being supported, and thus, no longer getting critical security patches. Based on the total number of Android users worldwide, that amounts to some 406 million users not receiving security updates.

In order to address this concern, Google is likely going to have to put stricter rules in place for handset manufacturers that ship with Google’s proprietary apps, and their OS, though at this point, no update to Google’s policy on this front has been made.

The bottom line though, is that if you’re using an Android device, and your OS is version 4.4.4 or older, you are at risk. The OS you’re using is no longer receiving security updates, and you should consider upgrading immediately.

If you’re concerned about the state of your company’s information security, contact us today. One of our talented team members can assess the current state of your firm’s IT security, and make recommendations for improvements that will keep your data better protected.