IT Budgets On The Rise 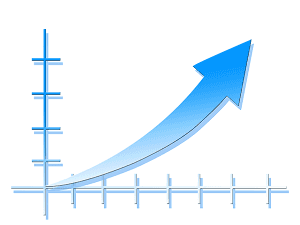 While many companies might be holding back on investing large sums of money into their business, most companies are not putting the same kind of brakes on their IT needs. In fact, many companies are reporting that they plan to at the very least maintain the same levels of spending in 2015 as they did in 2014, while many more are working to increase the budgets when compared to 2014.

IT Budgets Face Scrutiny
Competition is fast paced and fierce today and any company that hopes to remain profitable and competitive must diligently watch every penny spent by their business. IT budgets have consistently been growing as businesses and consumers move more of their lives into the digital realm. Despite these increases, many companies are keeping a very watchful eye on exactly what their IT departments are spending so they can ensure they receive true value for every dollar spent.

IT Budgets Growing By 45%
IT spending is most definitely on the rise as many companies are reporting plans to spend as much as 45% more in 2015 over the previous year. Businesses of all types are gearing up for larger growth and demand especially when it comes to their technology. With business increasingly moving into the Cloud for their operations and providing more digital services for their customers, the need for quality infrastructure has never been greater, and businesses are preparing themselves to provide the increasing technology demands of their customers in 2015.

Mobile Management a Top Priority
While mobile isn’t the only need for businesses in 2015, the management of mobile services and mobile employees has become a top priority for many companies. Most companies are increasingly utilizing mobile platforms and services for both their customers and their employees as they work to accomplish work much more quickly than they ever have before. This new level of “service from anywhere” requires a significant investment in infrastructure in order to ensure that all systems are safe and secure and easily accessible from virtually anywhere in the world. Because of this, many companies have dedicated a large portion of their IT budgets to support this new mobile work model in 2015. Mobile management was a top priority in 2014 for many companies and for now it appears that its importance will remain paramount well into next year as well.

What does all data tell us? Simply put, the technology demands of all types of businesses has never been greater than they are today. As companies move to streamline their systems and improve their digital presence for their customers, the need for better infrastructure is more important than ever. To that end, companies are taking the steps needed to remain competitive in the modern market and provide the digital services their customers demand. Will budgets continue to rise over the next five years? While no one can truly predict the future you can expect IT budgets only to grow as more and more of the world shifts itself to a digital lifestyle.