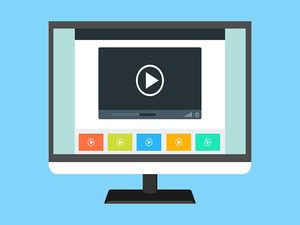 Chrome 55 has officially been released, and with its roll-out, the aging, security-ridden Flash Player takes another step closer to the dust bin of history.

The internet unquestionably benefited greatly from Flash back in the early days. It was a transformative technology that allowed websites to display graphics more effectively, and gave WebMasters the ability to implement complex effects, both of which were pivotal to the internet’s early development.

These days, however, HTML5 has eclipsed Flash in terms of functionality, and that combined with the fact that Flash has almost too many critical security vulnerabilities to count has caused it to lose favor in recent years.

The writing has been on the wall for some time now, and an increasing number of companies have been taking steps to slowly wean the web off of its use.

For Chrome’s part, the new release implements some important changes in the way it deals with Flash. By default, it doesn’t. Flash is only activated based on need. If you regularly visit a website that makes use of Flash, it will work for you as it always has.

If you only occasionally visit a Flash-heavy website, you’ll get a prompt asking if you want to enable the player for that site. If you select “yes” to that prompt, then Chrome will remember your answer, automatically add that site to the allow list, and not prompt you again. Of course, you’ll still be able to go into settings and disable it as you like, so if your browsing preferences change, it’s easy enough to make adjustments.

We are still quite some distance from saying goodbye to Flash forever, but this is a big step in that direction. It may yet be years before the last website on the internet finally gives up on the platform, but when that happens, we’ll have one less security risk to worry about.