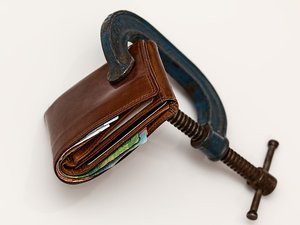 The idea that Open Source Software (OSS) can save a company money is not new. Most OSS applications are free, go beyond the average user’s desktop and are available as enterprise solutions. It is this broader and expanded aspect of open source software that offers intriguing possibilities both now and for the future of enterprise computing.

Many startups in recent years have been focusing on establishing a presence in the information system industry by creating OSS applications that are both novel and able to increase productivity. Their advantage is that the solutions are cross platform and can be used to interconnect with the basic framework of other companies’ enterprise solutions. Access to a single set of software instructions is a huge advantage because everyone will be speaking the same language.

The cost factor is also important, but only initially. Once modification and customization is done on the basic OSS, maintenance and upgrades can address security issues under an umbrella of hundreds or even thousands of OSS contributors who likely have similar problems. Instead of waiting for software giant ABC Computing to come up with a solution, small business XYZ may have already found the solution and has made it available through the OSS network.

Boring is for Mainstream Software

Over the last 10 to 15 years, many of the competitors of essential company software have either been bought out or summarily crushed by major software companies. This has left a very small number of choices for companies and consumers. With these reduced choices comes a dearth of new approaches and innovations, unlike the wealth that OSS can bring to a company. Instead of buying software with a large number of features that are rarely used, OSS can be customized to a useful number of functions that are essential for your company. This means less training time and more productivity. This approach puts computing in the hands of the IT department instead of spreading it around to a number of departments who are trying to find unique solutions to their problems.

One aspect of OSS that is overlooked, and sometimes intentionally hidden, is that it is becoming more acceptable in companies. Beyond the cost savings, the issues of code security and stability have been largely resolved to the satisfaction of many enterprises. The initial appeal of immediate, short-term savings is being combined with the longer-term savings on maintenance costs. As more and more startups find their way into the IT industry through the development of OSS, more companies will take notice and begin to make OSS an integral part of their IT strategy.

The rise of OSS does not mean the decline of existing software giants. Many of the applications are built on existing code such as Microsoft’s .NET framework. Obviously, Microsoft benefits from such use and will likely continue to be the choice of many companies due to its long history and support of corporate enterprise computing. Neither the existing software giants nor the individual business should fear integrating OSS. What has to be decided is where OSS best fits in each company’s long-term strategy.