Li-Fi Lights the Way to a Faster Internet-Connectivity Future 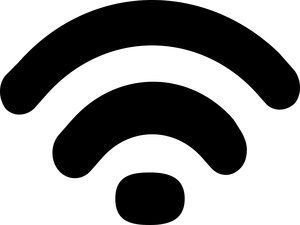 In a handful of offices and industrial facilities in Estonia, wireless data communication speeds reach 1 GB per second. Think Wi-Fi on steroids, at 100 times the bandwidth of average current wireless connections, and it’s all done without the traditional support technologies that underlie Wi-Fi installations. Magic? No, it’s Li-Fi, short for visible light communication, or VLC. Li-Fi operates at frequencies vastly beyond today’s wireless spectrum, and it soon may revolutionize the speed and security with which you connect to the Internet.

In 2011, Professor Harald Haas, a researcher at the University of Edinburgh, showed that he could exceed the data transmission of a cell phone tower with a single flickering LED transmitting a futuristic equivalent of Morse code. In the lab, VLC can operate at 224 GB per second. In the real world, Velmenni, a burgeoning company based in Estonia, became a finalist in a business startup competition in Helsinki, Finland, for its Li-Fi technology, and has begun pilot programs in Talinn, Estonia. Professor Haas has launched his own company, which offers a secure, plug-and-play wireless Internet connection operating at a Wi-Fi-like 11.5 MB per second. In France, Oledcomm is installing a Li-Fi solution for use in hospitals.

Li-Fi uses visible light at frequencies between 400 and 800 terahertz. The LEDs in a Li-Fi installation flicker at ultra-high speeds, transmitting binary code to move data through the air. These Li-Fi LED lamps flicker so quickly that the human eye perceives them as staying on continuously. Along with vastly superior speeds, Li-Fi exceeds Wi-Fi’s security capabilities because it uses light, which doesn’t penetrate through walls, keeping networked data safe within an office or factory.

Don’t look for Li-Fi to supplant Wi-Fi in the next five minutes, however. Replacing Wi-Fi would require a big investment in infrastructure to install Li-Fi instead. Until or unless that happens, regular lighting devices can serve as Li-Fi technology. Each lamp or light fixture would need a retrofitting microchip to enable it to transmit pulsed data rather than simply provide light. Another solution would combine Wi-Fi and Li-Fi into networks that could leverage each technology’s strengths.

If Li-Fi technology does catch on in the not-so-distant future, look for the LED light bulb in your desk lamp or track lighting to double as an environmentally friendly wireless data transmission and reception device. That’s a dual role that neither old-fashioned incandescent bulbs nor compact fluorescent lamps can undertake, further evidence that investing in green alternatives to environmentally wasteful lighting technologies can pay off in many forms of savings.