Microsoft Could Add Mode To Windows 10 To Boost Gaming Performance 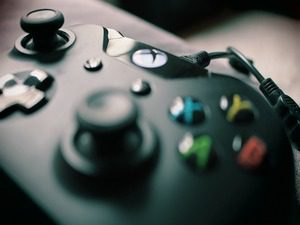 Microsoft has been hard at work experimenting with various ways to optimize performance. One of the most recent experiments to come to light is the advent of “Windows Gaming Mode.”

Slated to be released to Windows Insiders users in January of this year, and the rest of the installed base sometime in the spring, the new mode causes Windows 10 users to behave a lot like an X-box. When a game is launched, the OS will re-prioritize the processes it’s running. Any process that’s not directly tied to the game you’re currently playing will be given a lower priority.

At this point, there are a number of unknowns. For instance, there are no estimates yet about what kind of performance boost this will lead to when you’re playing a game. It’s also unclear whether this applies only to games that have been installed on your local machine, or if the game mode would also activate if you launched a game from your Steam account.

While this is interesting, what’s even more intriguing is the idea that this could be the tip of a very large iceberg. One could easily imagine Microsoft creating other optimization modes as well.

Consider, for example, the struggles business face when dealing with very large datasets.
How much of a performance boost could be seen if the company also created a Data Processing Mode that specifically idled or re-prioritized operations that were nonessential to dealing with these data sets?

The possibilities are endless here, and Microsoft could really be onto something.
Given the ongoing explosion of internet-connected devices and the oceans of data they are now providing, any new tools the business community can get their hands on that will help deal with the deluge are going to be gratefully accepted. For that reason alone, the success of Microsoft’s Game Mode bears watching.

Used with permission from Article Aggregator