New Bluetooth Is Coming And It Sounds Awesome 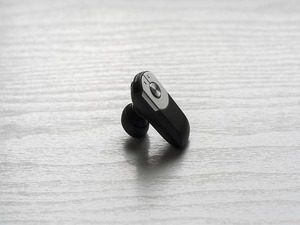 In late 2016 or early 2017, Bluetooth 5.0 will be released, and by all indications, this will be the version of the technology we’ve all been waiting for. It’s about to take a giant leap forward in terms of functionality.

At present, Bluetooth’s primary purpose is to wirelessly connect devices, and to track Bluetooth beacons, which are passive beacons that an open app on your phone can track. In other words, interesting, but not terribly useful except in highly specific situations.

The new Bluetooth technology will be much more active, with beacons that have the ability to transmit more data over longer distances and actually update web pages in real time, and with more content-rich and meaningful messages and data.

Today’s Bluetooth technology has a range of about ten meters. That limited range, coupled with the fact that the beacons can only push very limited amounts of data to an open app instance makes it useful for providing very limited updates inside buildings as people pass close enough to a beacon for it to update their app. The new version will quadruple that range. That, combined with the broadcast ability to web browsers will open up a whole new world of possibilities for the tech, making it truly possible to begin a melding of the real word and the digital one. It takes the Internet of Things to a whole new level, and promises a much tighter integration and interaction with the real world.

Undoubtedly, there will be kinks to work out, but given the steady progression of the technology, it’s not too early to say that 2017 will be the Year of Bluetooth, and the year that the Internet of Things really gets legs beneath it. To this point, it’s been an interesting, but mostly back-end phenomenon. It appears that things are about to change.