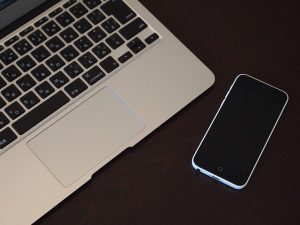 Over the past few years, most of MacOS’s updates have been aimed at bringing it firmly into alignment with iOS. Gradually, we’ve seen an increasing number of iOS’s features ported over to the desktop, up to and including the overall look and feel of the software that drives Apple’s mobile device empire.

Until this most recent iteration, however, there’s been one thing that’s been missing: Siri. That changed with MacOS, Sierra. Siri has been on the iPhone since 2011, and it has taken her five long years to make the journey to the desktop. Fans of Apple have been clamoring for it, and now the day has finally arrived.

When Siri first burst onto the scene, she was more hype and promise than functionality, but she’s gotten quite a bit better over the last five years. You’ll find her a genuinely useful addition to the desktop, and you will be thrilled with the fact that she can handle even complex search requests with relative ease.

Unfortunately, there are a few limitations. Firstly, the basics still sometimes trip her up. So, for example, while you can get a listing of all the emails you’ve gotten from a given person, she may stumble if you don’t use the right word (“sent by” doesn’t seem to work as well as “received from,” for instance). That, plus the fact that most of the third party apps don’t work on the desktop, is a blemish on what is otherwise an excellent addition. Sorry, but for the time being, you can’t summon an Uber from your desktop via Siri, but that’s in the works!

That, however, is just one of the additions that Sierra brings to the table.

The single biggest and most interesting feature the new OS adds is tighter cloud integration. It’s easier than ever to store your work files on your computer’s hard drive and sync them to the cloud and your other devices. Hand-in-hand with this is Apple’s new Optimized Storage feature, which will automatically remove files from your hard drive and store them on the cloud.

That might seem like small potatoes at first glance, but once you try it for yourself, you’ll be in love with the feature.

There are a lot of other features that seek to tie all your devices together. For instance, universal clipboard allows you to copy something on one device and paste it on another. You can also use one of your other devices to unlock your PC, which is an interesting, and occasionally useful addition.

All things considered, Sierra is a wonder. You’ll be extremely pleased when you upgrade.