SALT LAKE CITY, August 16, 2022 – Today, Inc. Nexus IT (The Company), a leading nationwide provider of IT and consulting services, was recognized on Inc. 5000’s annual list, the most prestigious ranking of the fastest-growing private companies in America. The Company joins corporations including Facebook, Chobani, Under Armour, Microsoft, Patagonia, and many other well-known names who gained their first national exposure as honorees on the Inc. 5000.

“We are honored to rank as one of America’s fastest growing private companies by Inc., which adds significant credibility to our brand at a pivotal time for our dynamic company,” said Earl Foote, Founder and CEO of Nexus IT. “We are so proud of this accomplishment and are elated to join Inc.’s prestigious roster of companies who are positively impacting the nation’s economy.” 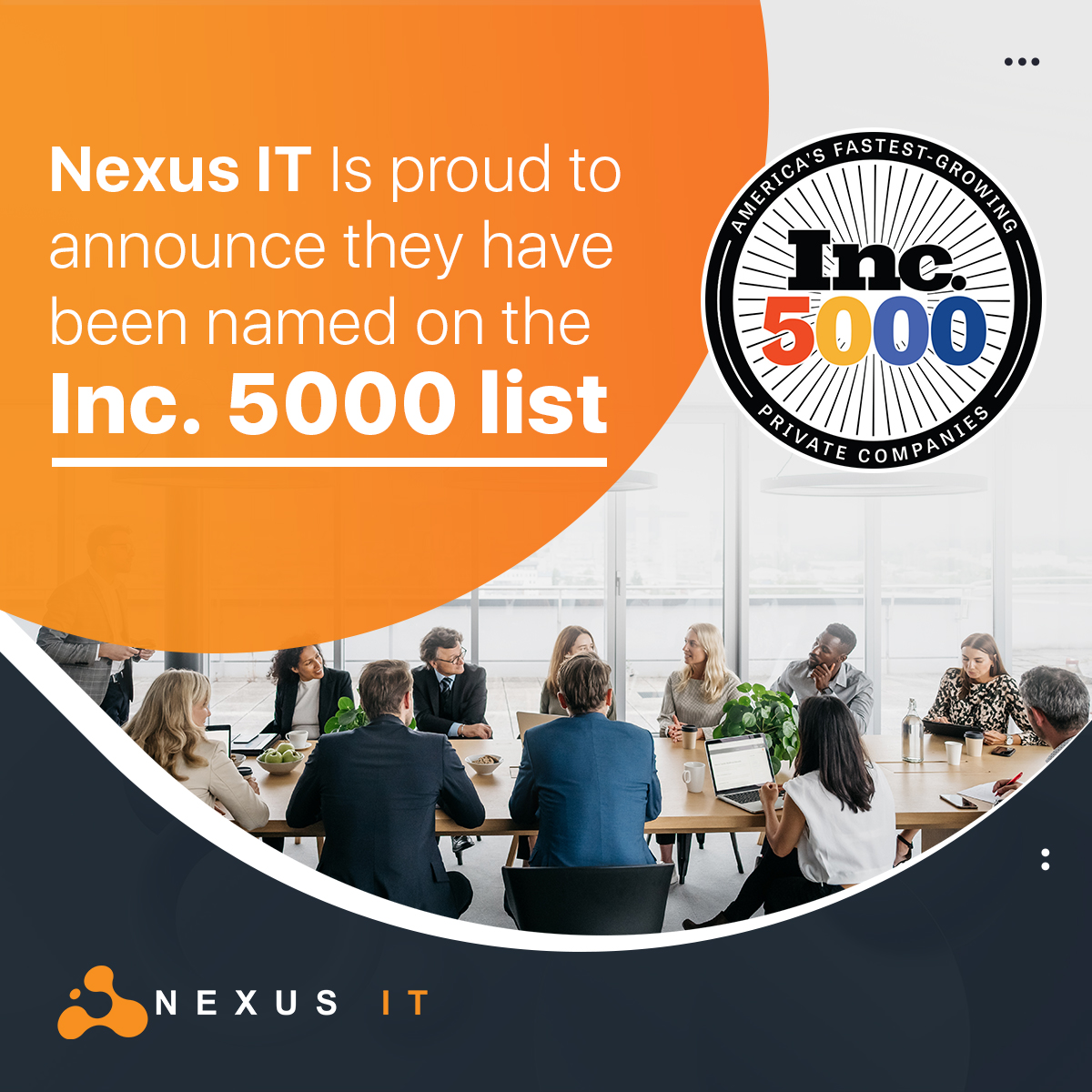 Scott Omelianuk, editor-in-chief of Inc., said “The accomplishment of building one of the fastest-growing companies in the U.S. cannot be overstated. Omelianuk added, “Inc. is thrilled to honor the companies that have established themselves through innovation, hard work, and rising to the challenges of today.”

Nexus IT recently merged with esteemed Salt Lake City based IT services provider, Intelitechs, adding significant value to both teams’ client services, capabilities and product offerings. The combined entity has also expanded its leadership suite. More exciting announcements are set to be announced later this year as a part of The Company’s five-year growth strategy.

Director of PR, Nexus IT