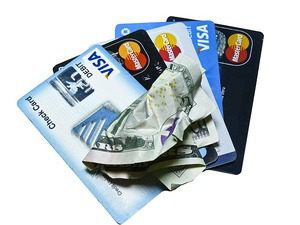 Landry’s Has Been Hacked

Landry’s Restaurants, owner of more than 40 well-known brands around the world, such as Bubba Gump Shrimp Co., Chart House, Claim Jumper, Landry’s Seafood, Mastro’s Restaurants, McCormick & Schmick’s, The Steakhouse, Rainforest Café, and others, was hacked, adding their name to the ever-growing list of companies breached in 2015.

The company first noted the breach when they began receiving reports of unauthorized transactions on credit and debit cards used legitimately at some of their restaurants. The company’s investigation is ongoing, and at this point, they don’t yet have a firm assessment of how many properties were impacted, nor exactly how many customer accounts may have been hacked. All that is known with certainty at this point is that the breach began back in May of this year. You can find the company’s official statement here http://www.landrysinc.com/pdf/pressReleases/2015/press_20151217.pdf

More information will be provided as the investigation continues but until then, the best course of action if you have visited any of Landry’s restaurants between May and now is to check your credit card statements closely and report any suspicious activity.

It seems lately that not a week goes by that we don’t hear about a major corporation being hacked, data stolen, customers inconvenienced (or worse), and trust lost. Worldwide, it is estimated that cybercrime costs businesses more than $300 million dollars a year. 2015 has seen more hacking attacks, and more successful breaches than any year previous. Odds are that 2016 will break this year’s record. While it’s true that businesses are ramping up their spending on system security, it’s clear that more work is needed on this front.

What’s the state of your business network’s security? Are you prepared for an attempted breach? If you’re not as ready as you could be, then the time to act is now, because it’s not a matter of if, but when. You owe it to yourself, and your business to be as prepared as you can. As we’ve been discovering, system security that’s “good enough,” just never is.