Problems Connecting To Internet? May Be A Windows 10 Issue 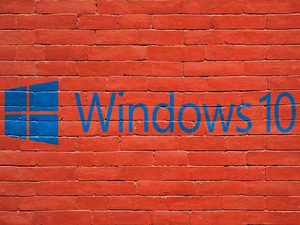 Microsoft made a mistake, and it could complicate your life.

If you’ve got your computer set up to receive automatic updates, you may have suddenly found yourself unable to connect to the internet after the December 9th update, labeled “KB3201845.”

That’s because changes in the code made it impossible for the OS to accept an IP address assignment.

The issue was caught right away and the company released a new update (KB3206632) which fixes the problem. But if your home computer was affected, it could require a bit of hoop jumping to apply it, because of course, without an IP address, you can’t connect to the internet to get the new fix.

The easiest solution in that case would be to download it from another machine, put the fix on a jump drive, then load it onto the affected machine to fix the problem.

Unfortunately, a few users on Reddit have confirmed that in some cases, the latest fix doesn’t solve connectivity issues in 100% of cases.

It is unclear why, and Microsoft is continuing to research the issue. Microsoft will release additional updates as needed in order to completely resolve this issue.

From a business perspective, it’s generally not as big a problem as it is for home users, because it’s likely that not all of your devices get updates on the same schedule. So if you have a machine that’s impacted, there’s probably another machine nearby you can use to quickly fix the problem.

Even so, it’s something to be mindful of in the days and weeks ahead until Microsoft fixes all instances of the bug.

This underscores a problem that’s becoming increasingly common in the world of software. As the level of complexity continues to increase, even small changes and fixes to one area can have unintended consequences.