Reducing the Threat of BYO Devices to Your Corporate Network 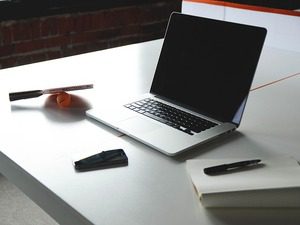 BYOD, also known as Bring Your Own Device, is a growing trend in the modern business environment. It has been an issue as younger people, often referred to as digital natives, enter the workforce and bring with them years of experience with technology. Combined with the fact that the baby boomers are now leaving the workforce, companies are having to adjust their computer security policies as technology becomes a greater factor in corporate productivity and competitiveness.

The most obvious threat of employees who bring their own technology to the workplace and are allowed access to the company’s technology resources is the company’s computer network. Security issues abound, particularly when it comes to customer data. More than a few isolated instances have been reported centering on employee failure to follow company protocol regarding BYO devices. One way to deal with such vulnerabilities is to enforce strict login and authorization procedures. The simple reason is that it allows IT to create boundaries for company network access and still gives employees the freedom to use their BYOD.

Data that transmitted throughout the network are subject to interception by any number of outside sources. This fact has always been present, but a large number of companies have created sophisticated encryption algorithms to significantly reduce the chance of data being compromised by unauthorized parties. Small businesses need to avoid using WEP, one of the weakest encryption protocols. There may be some additional expense required to upgrade your existing system to a WPA technology, but the security of your customer’s and business data is easily worth the extra expense.

What you may have noticed in the changing landscape of computer security is a method known as two-layer authentication. Google offers it with its Gmail service, and most banks have it as a de facto standard. Simply put, a single password is insufficient to access the company’s network. A second piece of information, such as a user’s mother’s maiden name, father’s middle name, or name of their high school are also required before access is permitted. Images selected by the user and stored on the backend are another method of a second layer of security. It is a process that seems unnecessary to some employees, but when we are talking about company data, the extra step is well worth the few seconds it takes to enter the information.

The use of BYOD will increase as the number of workers who are more comfortable and experienced with technology increases. Current attitudes as to why employees like to use the BYOD option at work is because it makes them more productive. From a business perspective, that is a difficult argument to refute, especially when the employee is willing to use their own device at no cost to the company. There is the cost of additional security protocols, but it the majority of cases the gain in productivity far outweighs the cost to the business. As time goes by, the options for companies who choose to include BYOD as a normal part of business operations will become greater both on the security side and the application side of the equation. Overall, the situation seems to be a win-win for both employee and management.