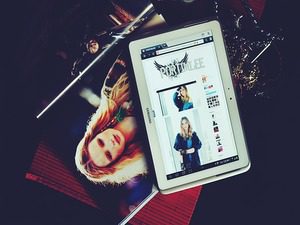 Microsoft has put a lot of muscle behind its Surface Pro product. Designed to be the iPad killer, it’s both a tablet and a fully functional laptop, capable of running more than just Apps, which tend to be scaled down versions of more feature-rich programs. In this regard, the Surface Pro wins handily over the iPad, in that it really is a full-fledged laptop that can also be used as a tablet, whereas the iPad is a tablet that you can use in a few, limited ways as a laptop.

Samsung is about to change the game, with the introduction of the TabPro. It’s a fully featured ultra-light laptop, that comes with Windows 10 pre-installed, boasts an impressive 12-inch display screen, and can be used just like the Surface Pro can – as a tablet when and as needed.

Of special significance, the TabPro is slated to be competitively priced with the Surface Pro, but with the advantage that Samsung is selling their product with the keyboard included. That’s something you have to buy separately when you get the Microsoft product.

At first look, there’s a lot to like about the Samsung offer. It’s lighter, factoring in the extra expense of the Surface Pro’s keyboard, cheaper, but those things come with a tradeoff. The Samsung product utilizes a “no-fan” design, which means that it is forced to use a slower (Core M) processor, which cannot be upgraded. Even so, if you’re looking for a machine to do basic word processing, and don’t need it to do anything too process-intensive, this might just be the perfect tablet/laptop for you.

The TabPro comes standard with 4 gigabytes of RAM and 128 gigabytes of storage space, which is more than adequate for the market segment it is targeting. Ultimately, whether or not it will prove to be the “right” machine for you is a function of what you plan to do with it. For the vast majority of users, this is going to be a great, cost-effective choice that will certainly make life interesting for both Apple and Microsoft.1