Secure Siri To Keep Your Information Safe On Your iPhone 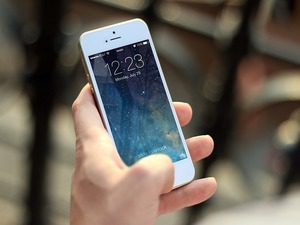 Can You Trust Siri?

Apple has long claimed that one of its chief advantages over Android and Windows devices is greater security. There’s a lot of truth to that, but there seems to be one glaring flaw in that claim. Siri, Apple’s virtual assistant.

Siri’s problems are both well-known and well-documented. As invaluable as she is, there have been a number of exploits and security loopholes in the virtual assistant that have allowed people to unlock your phone, post to your Facebook account, display the addresses and phone numbers in your contact’s list, and much more. In short, Siri has allowed a number of ways to get around virtually all of Apple’s superior security features, rendering them virtually useless.

Fortunately, there is a way to prevent this, but only a small number of Apple users know how. This piece will give you all the information you need to ensure that Siri doesn’t wind up working against you.

In order to ensure better security and less chance of a hack, Siri must work behind your phone’s lock screen. To do that, start by opening the “Settings” app. Select Touch ID & Pass code, and enter your pass code. Scroll down until you see a selection entitled “Allow Access When Locked” and toggle the Siri setting to the off position.

Doing this will require you to enter your passcode before you can make use of Siri’s features and functionality. For some that may seem inconvenient, but it has the direct advantage of requiring anybody who gets access to your phone, to also know your passcode before accessing Siri. As long as they don’t have your passcode, they can’t use Siri exploits to get their hands on your personal information.

Apple is aware of the issues and weaknesses with their virtual assistant program, and is working to correct them and close the various security loopholes, but it is always better to be safe than sorry when it comes to protecting your personal information. Our recommendation is to keep Siri tucked safely behind the lock screen to avoid any possible security risks.