The Nexus team was a proud sponsor of the Silicon Slopes Tech Summit 2020, helping to design, deploy and support robust and secure wired and WiFi networks for vendors, sponsors, and attendees.

“The event completely exceeded our expectations,” said Earl Foote, Nexus IT Consultants CEO. “Our team did an extraordinary job with the technology.” 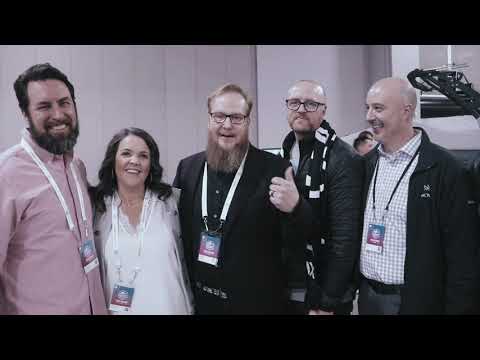 Why Does Nexus Support Silicon Slopes?

Nexus was proud to sponsor this event because we’ve seen what a positive influence Silicon Slopes has been on our local business and tech community. Thanks to organizations like this, The Utah tech community has grown and developed into one of the nation’s leading startup markets.

“The Silicon Slopes organizations has been gaining significant momentum in our business and tech communities,” said Earl. “It has been quite pivotal in creating economic development and attracting technology companies to Utah.”

The Nexus team understands that we are a product of our community. The success of our business is due, in part, to the prosperity that the Utah tech market is currently enjoying, which is why we take opportunities like this to pay it forward and support organizations that have helped develop our business community.

“We have something very special here, and Silicon Slopes is definitely a significant part of that,” said Earl.

As both a sponsor and the team responsible for designing and implementing a robust infrastructure, Nexus helped the venue to design a high-density Wi-Fi network capable of supporting 30,000 attendees and the many devices they would bring with them over the course of the two-day event.

Furthermore, for specific vendors at the event, Nexus also deployed dedicated connections in order to keep them secure from the other attendees at the summit. These networks were entirely firewalled off from others at the summit, keeping their data reliably secure.

“In some situations, we had to do independent, dedicated hardlines to different sponsors and vendors, to make sure their connectivity was segregated and secure,” said Earl.

The Nexus team in attendance at the Tech Summit unanimously agrees that it was a highly engaging and rewarding experience. To play a significant role in such an exciting event is something we won’t soon forget.

“For us, it’s a significant honor to have been chosen as the official IT support and solutions provider for the event.,” said Earl. “Just to be a part of this amazing energy and momentum that’s happening within our tech community here is really quite an experience.”

Like this article? Check out the following blogs to learn more:

How to Stop Spam from Ever Hitting Your Inbox

How To Make Awesome Slides In Microsoft PowerPoint