Do you know why most startups fail? Stephanie Page has made a career out of solving these problems for new businesses—find out more in the latest episode of TechBeat.

Do you know why most startups fail? Stephanie Page has made a career out of solving these problems for new businesses—find out more in the latest episode of TechBeat.

Nexus CEO Earl Foote was joined by Stephanie Page on this recent episode of TechBeat to talk about her experience as a serial entrepreneur and coach for startups: 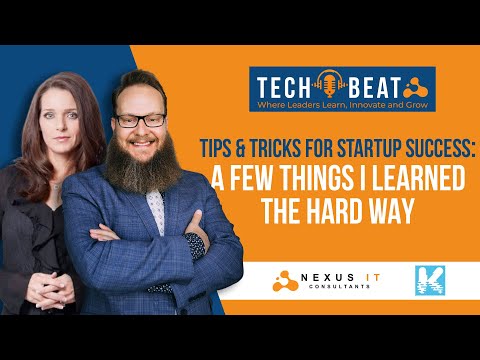 All About Stephanie Page

Stephanie is a serial entrepreneur and startup enthusiast, as well as a single mother of five.  She prides herself on being authentic and living life with integrity, and applies her eternal optimism to her work each and every day.

Stephanie launched her first company out of her basement over a decade ago, breaking into the direct selling industry. Stephanie sold the business for over $2.5M a year and a half later, after it had grown to almost 1,000 independent distributors.

After leaving another successful enterprise in 2015, Stephanie pivoted into a new career as an independent business consultant. In this role, she helps startups progress from concept to launch and beyond.

What Separates Successful Startups From The Rest

“One of the main reasons startups fail is misreading the market’s demand,” says Stephanie. “Ultimately, we really have to do the research and find out if the market can support the idea.”

In the course of the episode, Stephanie covered the three main reasons she sees startups fail:

“People try to build a product and wait for customers, but what you really should be doing is finding a product for your customers,” says Stephanie.

Today, Stephanie enjoys the challenge of helping startups tackle tasks such as operations, researching and developing new products, crafting effective marketing and sales campaigns, and so much more.

Stephanie jokingly refers to herself as the “squirrel wrangler,” helping often-scattered entrepreneurs focus on the most important tasks and skillfully wearing “all the hats” to relieve some of the pressure new startups face.

“You need to surround yourself with people who have been where you are and done what you’ve done, and aren’t afraid to tell you ‘you might want to look at this from another perspective’,” says Stephanie.

To learn more about startup best practices from Stephanie, make sure to check out the complete recording of this TechBeat episode.