Resetting The Future With Tanner Bell

Was your business hit hard by the pandemic? You’re not alone—in this episode of TechBeat, hear how Tanner Bell helped steer Ragnar through an extremely difficult period, and learn how to apply the same strategies with your company.

Nexus CEO Earl Foote was recently joined on TechBeat by fellow entrepreneur Tanner Bell to talk about resetting a business’ future. Find out how to pivot your business in the face of seemingly insurmountable challenges. 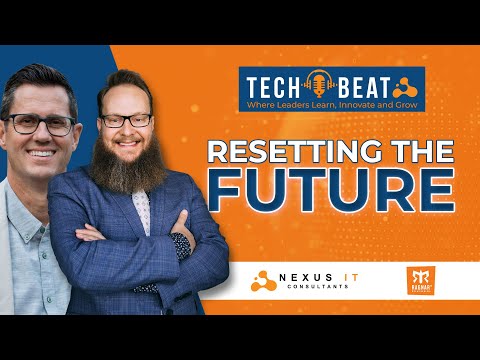 Tanner’s entrepreneurial spirit was passed to him by his grandfather, at whose company he did odd jobs as a child. Later, in high school, Tanner also worked for a friend’s parents’ medical billing company, seeing firsthand how a business can be launched out of a household.

“Those are two really formative experiences,” says Tanner. “From there I knew I always wanted to be an entrepreneur.”

Tanner then started his first company in high school selling volleyball apparel. While that first enterprise did well enough, it wasn’t until college that Tanner and his business partner had their next idea. Tanner’s business partner regularly ran overnight relay races with his family, which inspired them to start Ragnar.

“I had a lot of really great entrepreneurial examples,” says Tanner.

“In 2003 we really in earnest began working on this concept,” says Tanner. “The first race we did was here in Utah.”

Tanner co-founded Ragnar in 2004 as a single overnight running relay race with 262 participants. It was small enough that they didn’t even need to get permits for that first iteration.

“We got to the finish line and realized something special had happened,” says Tanner.

Year after year, Ragnar grew by orders of magnitude. Today, more than 100,000 runners participate annually in six road relay races and 20 trail relay races. Tanner has been instrumental in the growth of Ragnar and continues to play an integral role in establishing Ragnar as one of the premier brands in endurance sports.

Tanner played a major role in raising several rounds of growth capital from Dolphin Capital Group between 2006 and 2011, and White Road Investments (Clif Bar) and Partnership Capital Growth in 2013. Ragnar was recently acquired by FitLab and Tanner will continue as CEO of Ragnar and GM of Events at FitLab.

How Did Ragnar Survive The Pandemic?

“I didn’t think there could be anything harder than the first five years of Ragnar,” says Tanner. “But COVID put that to the test.”

Prior to the pandemic, Tanner was working with international partners in Europe to launch other Ragnar events. When he came back to be the CEO in the states, it was four months before the pandemic would hit.

As a mass participation sport, they were affected severely by the pandemic and ongoing restrictions. They had dozens of events and thousands of people lined up for races in 2020 that they knew wouldn’t happen.

This was tough, as a majority of their revenue comes from runner registrations. Tanner and his team knew they would be in trouble if they didn’t find a way to pivot.

Their first step was the hardest: laying off half their staff, and then furloughing another quarter of the team the week after—they went from 60 employees to 12 in a matter of three weeks.

“The team around me was what got the company through,” says Tanner. “Your team is everything, they’re going to be what gets you through the hard times.”

Their next move was to figure out how to generate revenue in another way. The first course of action was to shift to a virtual race model using new technologies. They also focused more on selling their gear and merchandise online, rather than at in-person events.

While they did take a 90% loss in revenue over the course of the year, Ragnar survived. Thanks to their perseverance and ability to adapt, they were one of the first in-person races to come back in 2021.

“We’re super stoked about where we’re at today,” says Tanner.

People Are Your Greatest Resource

“What I realized is that our team really drove and made that happen,” says Tanner. “They were there for Ragnar in its time of need.”

Throughout the discussion, Earl and Tanner agreed that one of the greatest lessons learned from the pandemic is that you need to be able to rely on your team. The businesses that survived the economic hardships of the last two years did so because they had a committed staff.

That’s why it’s more important than ever to make sure you’re investing in your people. They will be your most valuable resource during the tough times.

“I came out of that a little bit wiser about the level of investment we need to make in our people,” says Tanner. “I arrived at that epiphany that the more we invest in people the better our company is going to be.”

Don’t Be Afraid To Reset Your Business’ Future

This past year has taught business owners a lot of different lessons. Key among them is understanding that no matter what happens, the future of your business is in your hands.

With the right tenacity, teamwork, and a little luck, a global pandemic won’t necessarily mean the end of your company.

To learn more about pivoting and adapting your business, make sure to check out the complete recording of this TechBeat episode with Tanner Bell.