Tesla Latest To Get Hit With Remote Car Hack 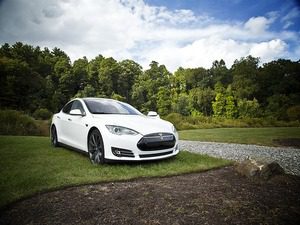 Tesla isn’t the first automaker whose increasingly automated vehicles have been hacked, but they are the latest. Fortunately, the hackers weren’t real hackers, but security researchers working for a firm called Keen Security Lab. The results, however, were disturbing to say the least.

If you own one of Tesla’s vehicles, then you know how much automation they contain. If you don’t, then you should know that just about every aspect of the car contains some level of automation or computerized monitoring and control.

That’s a good thing for a number of different reasons, but in light of the trend in automotive automation, car hacking has become a hot topic and a genuine worry. As Keen Security Lab demonstrated, it’s also a potentially life-threatening hazard.

They were able to not only hack a vehicle from nearly twelve miles away, but exert an alarming level of control for it, demonstrating the ability to turn the windshield wipers on and off, adjust the side mirrors, change the position of the seats, and even apply the brakes. Worse, although they performed their experiments on a Tesla Model S, the code is the same for Tesla’s entire lineup, meaning every car they produce is at risk of this kind of remote hijacking.

The company was quick to release a patch to the firmware that controls the automated functions of the vehicle, so this particular problem has been fixed, and you should have nothing to worry about on that front. Also, unlike GM, Tesla has a means to automatically update its firmware, so you don’t have to take your car back to the nearest dealership for a fix.

Even so, this is the tip of the proverbial iceberg. There hasn’t been a piece of software developed yet that didn’t have at least some bugs or flaws, and as they grow increasingly complex, the number of potential security issues raises dramatically. This is definitely not the last we’ll see of this issue.