The Apple Watch: Gadget Or Jewelery? 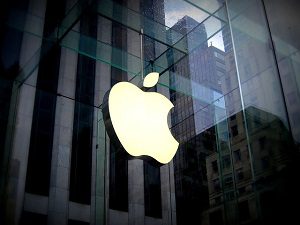 Apple has earned a reputation for designing some of the best products in all its categories. From smartphones to computers, Apple has a true knack for style that has yet to be surpassed by its competitors. They are rarely the first to market a product in a category, but they are well known for refining a product and actually making it useful to the consumer. The Apple Watch is no different. With the Apple Watch, they have taken the relatively new category of the smart watch to a whole new level.

First A Watch Then Add The Smart

While most manufacturers created a smart device first then added a watch and slapped a band on it, Apple opted to create a beautiful watch first then figured out how to add the electronics to fit the device to make it a smart watch. This philosophy can be easily seen when you take a standard Android based smart watch out in the sun. The screen of the device simply can’t be read making it a rather poor watch but the Retina screen included on the Apple Watch can easily be seen in even the brightest of sunlight.

Many manufacturers have also tried to cram as many features into a smart watch as they possibly can requiring users to swipe and tap repeatedly to access all the features. Most watch interaction, however, is limited to only a few seconds at most and Apple took this into account when designing the interface. It’s easy to use and requires only minimal interaction to access the information you need. To that end, Apple has designed a new Force Touch technology that can distinguish between a tap and a full press when using the device and the digital crown can be used as a Home button, scroll dial or selection button depending on what is on the screen at the time.

While Apple tends to leave options out of its first release products, with the Apple Watch they made the decision that fashion and looks were important. Because of this Apple has included three watch case options of aluminum, stainless steel and 18-karat gold and six band options so you can design the watch that is perfect for your taste and style. In true third party style, you can expect to see many more band options coming once the Apple Watch has been released as well.

Apple products are known to cost more than many of the competitors due mainly to the vastly superior style and the Apple Watch is no different. Starting at $349, it will be one of the most expensive smart watches on the market but also one of the most functional and stylish. In addition, you will only be able to use the Apple Watch with an iPhone 5 or above as it will not sync with other smartphone platforms.

So is the Apple Watch a gadget designed to make our lives better or is it simply fancy jewellery to be worn as a fashion statement? The truth is it’s both and it is the first in the smart watch category that can be considered to be both a gadget and a piece of pretty attractive jewellery. Apple has recognized that the current smart watch gadgets are too big and clunky and simply don’t look good on the wrist. No-one wants to look like a Japanese businessman circa 1979. Consumers use watches as a jewelry accessory and because of that, Apple has created a gadget that is both a functional and useful extension of the iPhone and a beautiful piece of jewelry that will look good on any wrist.