The Apple Watch – The Good, the Bad, and the Ugly 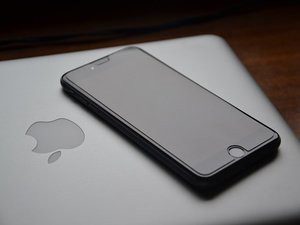 The Apple Watch has finally arrived and the reviews are starting to come in. Prerelease reviews have the piece of technology somewhere between another Apple attempt at selling useless features for a high price and another culture-changing Apple innovation. As usual, the truth is in the middle, depending on how you feel about the company and whether you are a consumer of its products. So let’s begin a quick overview of what it promises and what it delivers.

The first thing to realize about the Apple Watch is that it falls into the category of wearable technology. The iPhone and iPad do not. This fact alone distinguishes it from all of Apple’s mainline products, basically opening the door for additional improvements and innovation in wearable technology. Comparing its purpose to an iPad or iPhone is a mistake. The watch is a piece of jewelry and technology.

Critics are saying when the watch is turned off it almost looks boring. Given that to be true, what were they expecting? When the iPhone was first introduced it came in one color – black. Apple fanatics and normal people alike were demanding an alternative color, and then the company had a white casing available as an alternative. In other words, Apple seems to have hordes of cash because it does not see the need to take unnecessary risks to satisfy its critics. Its focus is on its consumers. When their faithful begin demanding more style, they will get it.

The Focus On The Faithful

More than almost any other company, Apple knows what its devotees want – and they deliver. The Apple Watch is not designed to compete with existing smartwatches because the product does not need to. An Apple product distinguishes itself through innovation and creativity. In the case of the Apple Watch, the company has taken somewhat of a different direction in opening up the opportunity for third party developers to create apps for the watch. Apple, usually considered to be very proprietary as to what products integrate with their basic operating systems, realize that the best ideas for innovation lie outside the company as it enters into a relatively unexplored area of wearable technology.

Now for those who think that Apple is opening up its software development to the Windows and open source crowd, you need to take a step back. The Apple Watch only works in the presence of an iPhone. In other words, Apple has not forgotten about its faithful or its relatively tight grip on the security and propriety of what it allows to interact with its hardware creations.

Where does that leave potential buyers of the Apple Watch? The best advice is to go into it with your eyes open. It is a test case of sorts, but the company is willing to try new avenues and learn as they go. That was true with the iPhone and iPad, both which ended up being cultural gamechangers. They also know that everyone will not jump on the bandwagon, and much of the wearable technology use takes place in working environments. Perhaps that is why they opened up the door to third party developers who can create industry-specific uses for the new technology. In the end, if you choose to spend the $3250 plus dollars, consider yourself an entry-level innovator who is optimistic that being the first will also make you a visionary.