The Eyes Have It: The Rise of Biometric Banking 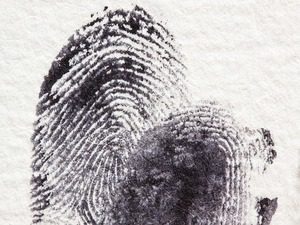 To increase the security of transactions and build trust with customers, the use of biometrics is growing as an identification tool for banks worldwide. The banking industry is under increasing pressure to develop protocols to minimize the possibility of fraud and identity theft because of the constant evolution of the technologies that are now being used to complete transactions on the growing number of platforms and devices used by both the banking industry and the consumer.

What Characteristics Are Used?
The human body has a number of different biological characteristics or traits that can be captured and compared to a baseline to accurately identify particular individuals. These are characteristics that are unique to each individual and, unlike passwords, are very difficult or impossible to hack into.

Some, like fingerprints, used for centuries in some cultures on wax seals, inkings and more recently in scanners, have already been proven vulnerable. Others like finger vein patterns, iris and retina patterns, voice waves, face recognition, ear geometry and DNA are still viable options being considered by many industries, including banking, for identification and authentication purposes.

Another group of characteristics are behavioral measuring, charting gestures and the speed at which a password is entered or the time it takes to complete an online form. These have proven to be quite accurate but perhaps harder to implement.

How Biometrics Are, Or Can Be Used In Banking

In The Branch
The physical branch locations may be where you find fingerprint or finger vein systems for identification at the counter or at a banker’s desk. Once a biometric profile is on file, these scanners work quickly to establish a customer’s identity so that all transactions can take place. The bank may also use this type of identification process to identify their own staff.

At An ATM
Growing in use in many countries and markets is the application of biometrics alone or biometrics and another authenticator such as a pin, password or card. Options that have been tried are fingerprints and facial, iris and finger vein recognition. These have been usable in the context of an ATM as they are quick and usually require only a camera or a scanner which can be located in the ATM itself or in the area where the ATM is located.

On The Internet
Since most computers, tablets and smartphones are equipped with cameras, both still and video, as well as microphones, it will be seamless to add biometrics to the authentication process through these devices. Some devices already have fingerprint scanners and more will add that or other biometric options in the future. As part of multiple step authentication sequence this will add increased security without requiring complicated passwords or security questions which have been shown to be distasteful to customers.

Mobile Banking
Mobile devices continue to increase their capabilities and their still and video cameras, screens and microphones will provide the connections needed as biometrics moves into this area, too. With the increasingly complicated transactions offered for completion on these devices expect to see innovation in biometric authentication in this area.