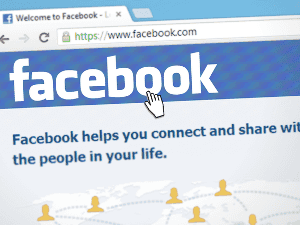 Periodically, The internet is all abuzz with rumors that Facebook is about to make changes to its privacy policy. When those rumors start flying, The idea that Facebook is about to change everyone’s privacy settings to “public,” meaning that any and everyone will be able to see whatever it is you post on your Facebook page, from those pictures of cute kittens, to the pictures you probably don’t want your boss to see of what you were really doing at last year’s Christmas party.

There’s no need to paste the message here, because odds are excellent that you’ve already seen it. If you haven’t, you’ll know it at a glance when you see it on one or more of your friends’ pages. It basically asks that you copy and paste a scolding message to Facebook on your page, letting them know that it’s NOT okay for them to set your stuff to public. It’s an invasion of privacy. Of course, everyone is concerned about their privacy, and because of that, this, or some variation of it has been popping up All over Facebook news feeds.

It’s a hoax. Again. Facebook does not own or control any of your content. You do. You can set The parameters that define exactly who can see it, and who can’t. Having said that, when you accepted the Facebook TOS (which, if you are like most people, you probably didn’t read), it does give them the right to use anything on their system to market themselves. That’s a different animal than arbitrarily making all of your content public, which Facebook has never done.

All that to say, disregard the above if and when you see it. You can expect that six months from now, you’ll be seeing it again in a slightly revised format, and you can disregard that one too, when it happens. This is just the latest incarnation of a very old meme. Rest assured that Facebook has no interest in setting your content to public. Not only would it not serve any business purpose for them to do so, the PR black eye they would suffer would make it a monumentally bad move.