The Most Anticipated Innovations of 2015 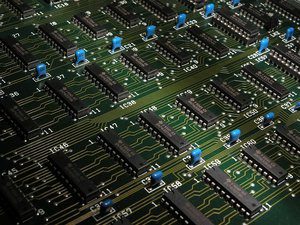 Because of that, consumers often get a first glimpse of new products headed down the pipeline well before they actually get put into production and rolled out. We’ve gotten to see a number of these in previous years, and watch as they slowly came to full flower. Now some of the early products we watched grow, and sometimes stumble to make it to production, are nearly here. Here are some of our top picks for new innovations you can expect to see in 2015.

Anybody who great up reading Dick Tracy comic books has wanted one for decades. The problem is though, that until now, no one has been able to come up with a design that’s actually functional for the masses. Apple thinks it has cracked the code where that is concerned, however, and they’re expecting the Apple Watch to be a big hit with consumers when it’s released later on this year.

The Return of Google Glass

Call this “Google Glass, the Sequel.” In mid-2014, Google announced that they would be dropping the Glass project. When they did, many people wrote extensively about the failure of the paradigm. They should have read the fine print. Google didn’t outright cancel the project, only the current iteration of it. Having learned from their missteps with version 1.0, the newly revamped model will be making its appearance sometime later this year.

It started with some duct tape and a big idea. Do it yourselfers started making YouTube videos about combining clunky VR goggles with surround sound headphones, literally using duct tape to put the prototypes together.

That led to a now famous Kickstarter campaign, and the development of Occulus Rift, which ultimately saw the company bought out by Facebook for a staggering two billion dollars. Since then, the company has been inching its way toward a production model, minus the duct tape, of course. 2015 looks to be the year when that finally happens. It will be a game changer.

This is another project out of Google Labs, and since its announcement, there have been a few other companies that have picked up on the idea. It’s a good one. Why pay to replace the entire phone when all you want to do is upgrade the chipset or replace the touch screen. Slated to revolutionize manufacturing in this sphere, watch for the first modular phones to be released later on this year.

There are several major manufacturers that have been investigating flexiglass-style televisions and smart phones, and their first products should also be coming out this year. While having a cell phone you can fold in half without hurting it might not be high on everybody’s list, everyone who’s owned a phone has had that sick moment of fear when you drop one, then look to see how much damage it took. This is another idea whose time has quite simply come.