The Problem With Panda Antivirus 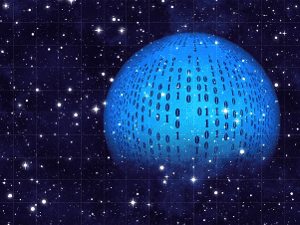 If you use Panda’s free antivirus software, you could be in some trouble. There’s a problem with the software in that it identifies itself as malware, and puts core files into quarantine. When it does that, if you reboot your PC, odds are good that it won’t boot up again. It won’t be able to, because when it tries to access those core files and sees them in quarantine, it will simply shut your computer back down in order to avoid accessing the “malware” files. That’s a worst case scenario. Other scenarios include random crashes to desktop, random reboots, general instability or an inability to access the internet until the issue is fully resolved.

A spokesman for the company says that the erroneous signature file was corrected immediately, so most of the problems have been fixed, but at least one person in ten may still suffer from one or more of the above problems until a final resolution is reached.

For the time being, the company advises Panda-Free users simply not to reboot their machines, and that a permanent solution is forthcoming.

Not The First Time

Detecting viruses and malware is an inexact science, at best. Hackers are a clever lot, and relentlessly innovative. They’re constantly changing the profiles of the software they write, which means that antivirus companies must constantly evolve and adapt with them, lest something harmful get through the chinks in your virtual armor.

Because of this, it is sometimes the case that software that’s perfectly fine, safe, and even necessary for your computer to function gets flagged as malware, with often tragic results. In 2010, the venerable antivirus company McAfee, accidentally flagged and deleted one of the files essential for Windows XP to function. You can guess the result. Overnight, millions of PC’s with the software installed became little more than high-tech paperweights.

There are no perfect solutions to the problem, but big companies, Google included are paying an increasing amount of attention to the issue. In addition to their “Project Zero” program which researches and identifies potential exploits in commonly used software, the company owns VirusTotal, which has begun collaborating with a number of antivirus software makers in an effort to research the issue and see if a way can be found to reduce the number of false positives that antivirus software reports.

What To Do About It

This is not a sign that you should immediately dump Panda in preference for some other antivirus solution, although that may be a temptation, in light of the issue. The reality though, is that these things happen. It’s a risk, any time you install any antivirus program made by any company. You won’t gain immunity by switching to some other company, and you may well inadvertently stumble into using the next software that sees such a malfunction.

For the time being, heed the company’s advice and don’t reboot your machines. These kinds of problems put enormous pressure on the company making the software to see that they’re resolved quickly, so this problem will not have a long shelf life.