Travelers Beware: Hotel Wi-Fi Could be Open to Attack 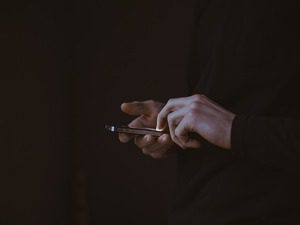 It’s convenient, it saves you and your company a few dollars over your personal or business mobile hot spots and it just pops up when you flip open your laptop or look at your tablet or smartphone. You may not even think twice before hopping on the Wi-Fi at your hotel, but perhaps you should be more cautious.

Hotel Wireless Routers Vulnerable
Recently security firm Cylance warned that up to 80 percent of the top hotel chains around the globe may be exposing their guests who use the hotel Wi-Fi to the possibility of being hacked. Routers used were discovered to put guests using Wi-Fi at risk due to an authentication flaw in the firmware. This problem could permit malware to be installed upon any device accessing the internet via the hotel’s Wi-Fi. The company providing the suspicious gateway is ANTLab which markets its popular InnGate or IG 3100 routers to many top hotel chains.

Luxury Hotel Hacks
Kaspersky Labs noted that a number of attacks were suffered by guests of several high-end Asian and US hotels. Again, the exposure was related to compromises in the Wi-Fi system offered to the customers.

ANTLab Update
A software update has been made available by ANTLab since the CERT Coordination Center team made the vulnerability known officially. Some protection has also been afforded by having the routers placed behind a firewall, although an attack is still possible if the entity is close to the target.

Ways To Limit Your Exposure With Hotspots
Using your own or a business issued mobile hot spot configured securely is probably a better choice than using the hotel’s Wi-Fi. Although it uses up data against your quota, your laptop and other mobile devices will be under your control, and experts recommend this set up as a better choice.

Use VPNs
Another option is to use the hotel Wi-Fi through a virtual private network or VPN. A variety of choices can be found for download for a reasonable cost or for free. A VPN protects data and keeps attackers from eavesdropping through the use of encryption.

Hotel Industry Reactions
Some hotels attempted to block their guests personal hot spots as a way to increase use of their “for pay” Wi-Fi services, The Federal Communications Commission (FCC) considers the blocking to be a violation of the Communications Act and has promised very aggressive investigation of hotels and resorts that use blocking technology.

The excuse used by the hotel industry is that the personal hotspots cause cyber threats and identity theft. Guests and computer companies complained and resisted this tactic causing the industry to back away from this theory.

If You Must Use Hotel Wi-Fi
Make sure the gate way is truly the hotel Wi-Fi and not a hacker mirror. Talk to the hotel clerk to ensure you have been given the correct network name and password. Avoid banking and financial transactions. Wait to send sensitive emails or important documents until you can use a safer access point.