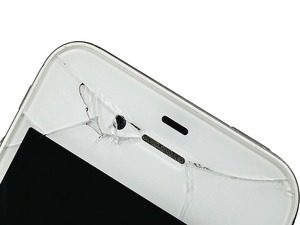 So what do you do when you offer an unlimited data plan and people actually take you up on your offer? Well, if you’re Verizon, you start banning them.

Currently, Verizon is offering an “unlimited” plan. The problem, however, is that if you use large amounts of data, they’ll kick you off the network, and when you rejoin, you’ll find that you no longer have the option to sign up for the unlimited account.

So how much data usage will get you into trouble? It appears that the threshold is 100 GB per month on a single device.

This is not the first time that Verizon has attempted to walk back their unlimited data offer without actually discontinuing it. Their first effort came in 2012, when they threatened to make anyone using an unlimited plan switch to a plan with a data cap when they upgraded to a 4G LTE phone.

They never made good on that threat, but they made more noise in 2014 when they threatened to throttle the speeds of unlimited data plan customers. When the FCC got involved, they backed away from that as well.

Then followed the price hike, in a bid to make the unlimited plan less attractive, and now, they’re resorting to more heavy-handed tactics.

While there are a relatively small number of users who use that much bandwidth in a given month, they do exist, and some of them might be doing critical work for your company. If you’ve purchased unlimited data plans from Verizon for your employees, it’s time to review the data usage of your employees to see if you could potentially be impacted by this change. If so, it might be time to assess your options and see if you can find a more understanding company.

If they didn’t actually mean unlimited, why are they selling it as such? Don’t get burned. Check your usage rates now, if you use Verizon.