What Is The Dark Web?

The dark web is a vast hidden portion of the World Wide Web that’s synonymous with illegal activities. It is secret and almost untraceable through standard search engines.

What Is The Dark Web?

The dark web is a vast hidden portion of the World Wide Web that’s synonymous with illegal activities. It is secret and almost untraceable through standard search engines.

As you are browsing the internet using conventional search engines like Google and Yahoo, you can only access roughly 10% of the web. The remaining larger portion is called the deep web. Others refer to it as the invisible/hidden web. What this means is that even your email services are a part of the deep web.

Is the deep web similar to the dark web? These two terms are often used interchangeably but do not mean the same thing. The deep web is the hidden component of the World Wide Web. The dark web is a part of the deep web, only that it is mostly used for criminal activities.

The irony is that most of the dark web’s funding comes from the Federal Government of the United States. Why? To put things into perspective, let’s look at some history on the origin of the dark web.

But first, here’s a short video of what you need to know about the dark web: 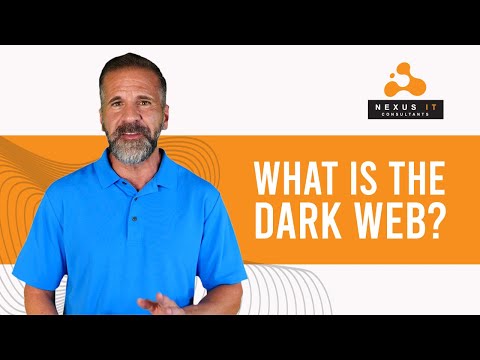 Who Created The Dark Web?

In the late 1990s, two research institutions based in the US Department of Defense championed efforts to create an anonymized and encrypted network that would be used to spy on foreign countries. It was also a means to safeguard the sensitive communications of US spies. This secret network would not be known to ordinary surfers or indexed by regular search engines.

While the project somewhat achieved its initial clandestine objectives, some stakeholders started having reservations. What if other nations traced the network’s traffic and analyzed its data? This would jeopardize the many global secret operations and expose several spies. Soon, they reached a solution – opening the network to the general public. They reasoned that having many users on board would make tracing an individual site challenging. And that was how the dark web became popular with both the good guys and the bad actors.

Activists saw an opening to use the site for championing human rights without being traced by local governments. To cyberattackers, this was an opportunity of a lifetime – they would now execute all sorts of cyber crimes with absolute anonymity. Given the network’s open nature, even the Federal Government is still struggling to control it.

Why Should You Worry About The Dark Web?

The dark web is often implicated in some of the world’s worst cyberattacks and other nefarious activities. However, the truth is that the government is not yet to shut down this network anytime soon. Contrary to popular belief, authorities still hold that the dark web is predominantly used to champion good causes. The onus is, therefore, on business executives and IT stakeholders to adapt and shield their organizations from the resulting threats.

The first step is to understand how the dark web is a security threat to your organization:

What about navigating the dark web to retrace your stolen credentials by yourself? This could expose your company’s systems to even greater risks. The platform is chaotic and unstable, with sites continually rewriting addresses to evade tracing.

How Can You Protect Your Organization’s Data From The Dark Web?

Always assume that you are the next target. Have both proactive and reactive measures in place, centered around these three main precautions:

Above all, you are counting on the expertise and experience of your IT experts or service provider.

For any queries or help with dark web scanning and dark web monitoring software deployment, call Nexus IT Consultants at (801) 839-7006.