When Employees Take Over The Technology 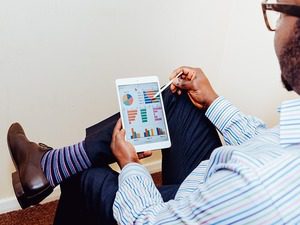 When people think about extreme reactions to changes in technology within a company, what most often comes to mind is the older worker, the one who is not a digital native. These are the people for whom change has come too quickly and demanded retraining for positions that otherwise were following a simpler and established routine.

But on the other side of the spectrum is the technology addict, the one whose life is centered on technology and is knowledgeable about every nuance of bleeding edge technology. They can be a great asset to the company for a number of reasons, the least of which is that a group of them can save the company time and money on training. What needs to be made clear is that those in this group are not IT personnel, but employees in non-technical positions who pursue technology as a hobby or outside interest, bringing their fervor into the workplace.

From a management perspective, technology serves a purpose in the company. This simple fact may elude the techno addict because they are so fascinated by the technology itself and the many ways it can be implemented in the company, that they lose sight of the big picture. The truth is that technology is there to increase productivity and make the company more profitable. Techno addicts will find 100 uses for new technology and sometimes will attempt to integrate unauthorized applications of technology into their daily routine. They may in fact know more than their managers, and be able to conceal their “skunk works” uses from virtually everyone in the department.

This is especially true with mobile technology. More and more companies are integrating mobile access into the workplace for all employees, and with that integration comes issues of securing company data. While the techno addict may believe their unauthorized use is secure and worry free, one European study found that an uncomfortable number of data breaches and system crashes were the result of employees violating company policy.

There are usually two major ways to deal with extreme techno employees: tighten the noose or create a corral. Each has their advantages and will send a message to all the other employees about how the company deals with such individuals.

Tightening the noose is essentially creating such a controlled environment that employees are uncomfortable veering off the path of the company policy. While this may seems archaic, it is essentially a method to establish control at the beginning; as employees realize the critical nature of the use of technology in the workplace the company can then slowly relax its standards. The techno addict who feels uncomfortable in this environment may indeed leave, but those who remain will learn to exercise some self-control over their addiction and understand the big picture. They may still make suggestions as to how to incorporate their ideas into the daily workflow, but it will be in a more subdued and controlled environment.

Creating a corral means that you establish a broad company policy and give enough room for the techno addicts to exercise their innovative spirit within the confines of the company goals. This requires managers to pay more attention to what is going on technology-wise in their departments and take prompt action when the techno addict roams too far afield. It is essentially tightening the noose in reverse. The perception of the employees with this method will be that of freedom and a more open working environment that allows for creativity and change.

Management can make arguments for either method, but choosing which one is largely an issue of the personality of the company. If a single misuse of technology can bring significant repercussions to the company’s reputation or bottom line, then tightening the noose is safer. If a company has a limited number of techno addicts, that limits the number of possible abuses. It is easy to see that the creation and execution of a viable company policy on technology is essential to best control the introduction of new technology.