Why Your Personal Choice of Friends Matters for Your Business 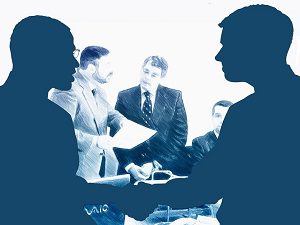 The personal relationships that exist between the business owner and their closest confidants are more important than warring against the competition. In fact, a recent study by the National Association of Women Business Owners (NAWBO) and Ink, a Chase credit card company, reveals that the decision making and business operations of a small business owner are far more likely to be influenced by these confidants than anyone else.

This reality makes a business owner’s choice of friends and inner circle even more important than first believed. Though about half of owners surveyed indicated that mentors did have some influence on their decisions, the final decision was more influenced by family members or friends. It is, in effect, the swing factor.

What this means is there are two sides of the story that every business owner needs to be aware of in the conduct of their business. The first is that the information and advice they receive from professionals in the industry has considerable weight. The perception is these experts have an excellent grasp of the facts and business realities of the situation. Their view is more objective, and even though a business owner may have a long standing relationship with them, a professional distance is kept so both people can be effective in the businesses’ operation.

On the other side is the influence of the closely held group of confidants who the business owner depends on to act in their best interests. Oftentimes a decision to be made is more a matter of conscience than profitability. For example, a decision to expand manufacturing operations by building another plant is a fairly objective one. However, it becomes personal when the best location for the plant is near a wildlife preservation that could harm the environment.

Here is where business gets personal. This is not the “them versus me” type of personal, but more likely to result in asking the question, “Can I live with this decision?” Based on the study in terms of which people are more likely to be listened to in such situations, confidants win out over mentors and other more distant choices. The reason is because those closest to the business owner are more in tune with them as a person, having first hand knowledge of how a mistake in making the wrong decision will affect them in the long term.

The question for each business owner to ask in such situations is which of the two sources should be trusted when having to make a decision. “Trusted” may not be the best word here, since trust is extended to both sides. But in making the decision trust is the key factor when it comes to the success of the business. It is worth nothing that in the study there was less than a five percent difference in many areas of the study. This indicates that the responses were not cut-and-dried, even for the respondents.

That brings us to the qualifier: “it depends.” As most business owners know, it is possible to be too objective or subjective when making a final decision. But it is the decision where there is such a fine line between the two that personal judgment will be the deciding factor. From the study it appears that in such cases those closest to the business owner will influence the final decision the greatest.

If a caution flag is to be raised in such scenarios, it is to be sure to take full responsibility for any decision. Those personally closest to the business owner are presumed to have the success and the best interests of the owner at heart. There are more than a few businesses that have thrived because their core group of people had an excellent balance of people who were able to speak their minds and be taken seriously – even when what they said was highly critical of the decision. Whether from objective, non-personal sources or the dependable personal sources, putting the pieces together to make the best decision for the company rests with the owner.