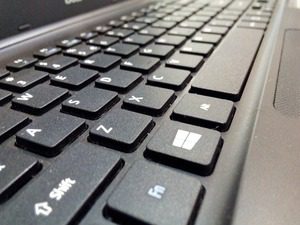 Microsoft won a lot of hearts and minds with their decision to make the upgrade to Windows 10 free for an extended period of time. That’s also the reason that Windows 10 has seen the fastest adoption rate of any version of Windows in the company’s entire history.

All good things, however, must come to an end. It was never Microsoft’s intention to give Windows 10 away for free in perpetuity, and now, the company has announced a firm date when the upgrade will stop being free, and start costing you real money. The date is July 30, 2016, and at that point, if you want Windows 10, the price will be $120.

There had been some speculation that Microsoft would simply fail to announce a firm cutoff date for the free upgrade, and thus, continue the trajectory of rapid user adoption, but in tandem with the recent announcement, the company referenced the fact that more than 300 million users have now received a free upgrade and are using the platform. Clearly, this figure has satisfied whatever benchmark the company set internally, and they’re no longer willing to simply continue giving the product away for free.

This is one of the simplest decisions you’ll ever have to make. If you’re using an older Microsoft OS, you’ve got between now and July 30 to upgrade for free. After that, it’s going to cost you. There just aren’t any viable reasons to delay, and thus shell out money for something you can get free, right now.

If your company still has machines running Windows 7 or 8, start making plans now to get them upgraded before the deadline. If you’ve still got one or more machines running XP, you’ll likely need a few more complex upgrades before you can upgrade your OS, but again, given that Microsoft is no longer issuing security patches for XP, this is something you should be moving toward as well.

Our team can help evaluate your systems for this upgrade as well as ensure that your files are backed up and that a transition goes smoothly. Give us a call to schedule an evaluation today!