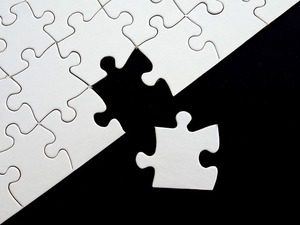 If you have a Windows-based PC (and you probably do), then you’ve almost certainly had the dubious honor of seeing the dreaded BSOD, or Blue Screen of Death. Unfortunately, since the first appearance of that screen, it has had a history of being less than helpful. Mostly, what you get is a long string of cryptic letters and numbers that don’t really tell you anything of substance to give you a clue about what went wrong and how to fix it.

It took a Herculean effort, but when Microsoft released Windows 8, they actually managed to make the Blue Screen of Death more annoying than ever, by including “:( “, the ASCII frowning face on top of the lack of information.

Recently though, things have taken a turn for the better. In the most recent Windows 10 update, users on Reddit have noted and posted some changes to the BSOD. Specifically, the inclusion of a QR code.

For the moment, scanning this code takes you to a page on the Microsoft domain which gives you general information about the error, but the company is planning a large update, dubbed the “Anniversary Update,” which promises to include even more information. The goal seems to be that each QR code will eventually take the user to a specific page containing more information about their error in particular, although Microsoft has not confirmed this.

In any case, the recent changes represent a big step forward for one of the least loved (let’s be honest: one of the most annoying) features of Microsoft operating systems, and is simply the latest in an ongoing series of changes for the better that we’ve seen coming out of Microsoft headquarters in recent years. The company seems nimbler and more responsive of late, and it shows no signs of changing course away from that, which is good news indeed for people using the one billion plus Windows-based PCs.